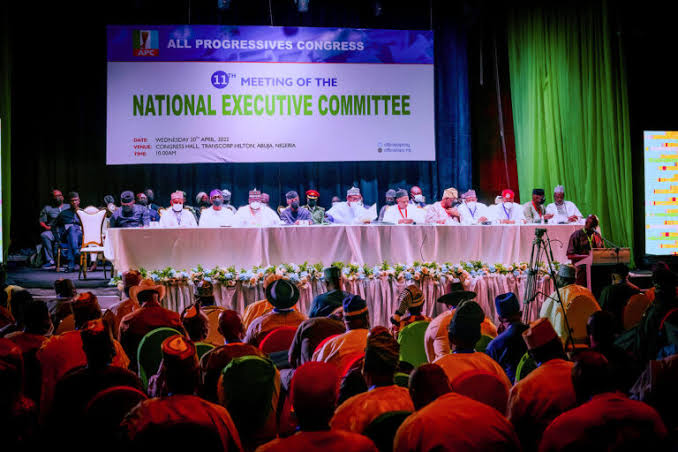 The All Progressives Congress will choose its presidential candidate through an indirect primary election.

The decision was reached at the party’s 11th National Executive Committee meeting holding at the Transcorp Hotel in Abuja.

Also, the President, Major General Muhammadu Buhari (retd.), and other leaders of the party transmitted their powers to the National Working Committee of the APC to make decisions for a period of 90 days.

Others in the APC who are rumoured to be nursing Presidential ambitions include Ekiti State Governor and Chairman of the Nigerian Governors’ Forum, Kayode Fayemi; the Minister of Labour and Employment, Chris Ngige. The Governor of the Central Bank of Nigeria, Godwin Emefiele, is also considered a contender.

PREVIOUS POST Netflix considering including ads and reducing prices as it loses 200,000 subscribers for first time in 10 years
NEXT POST No Decision Has Been Taken Yet On Zoning, Mode Of Primaries – APC Spokesman