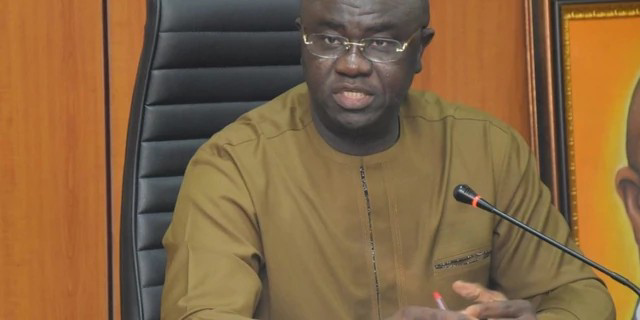 The Chairman of the Edo State All Progressives Congress (APC), Col David Imuse (rtd), has said his party will capitalise on the disarray in the state Peoples Democratic Party (PDP) to take over power in the state.

Imuse, while describing the problem facing the PDP in the state as self-inflicted, told journalists yesterday that his party was not bothered as they knew what would happen when Governor Godwin Obaseki defected to the PDP after he was denied a second term ticket by the APC.

According to him, “It is clear that the PDP is in disarray. It is a self-inflicted injury. We told the world that Obaseki and his co-travellers are pollutants and irritants; that wherever they go, they represent ingratitude. I am not ready to dwell on their problem. So, how they wriggle out of the problem is there problem.

“Edo State APC is very well organised. Those causing problems left on their own volition, and they are now trying to destroy the party sheltering them, so I wish them good luck. We are fully settled, our structures are in place from the state, wards and to the units. We are prepared and ready to take back the governance of the state.”

Speaking about APC’s plans for the state House of Assembly, and National Assembly election next year, Imuse stated that the APC is poised to dominate the elections and emerge better as a party.

He said: “Our people came out, supported the APC, and we won all the House of Assembly seats but unfortunately for our people, they have been denied representation, so no one is happy. So the 2023 general election is when the people has to tell Obaseki and those he is supporting that they are not needed. The handwriting is clear; in 2023, APC will emerge victorious.

“You can see that the people are jostling for various positions on our party platform. It shows the viability and acceptability of the APC in Edo State. That is why everyone wants to identify with us and contest elections. They know the state is APC and APC is Edo State. It is a good omen for our party, the more the merrier. We have always had rancour-free primaries in the past. The same will play out in the next primaries and we will come out victorious in the state elections.”

He added: “The PDP Chairman, Senator Iyorchia Ayu, recently visited Edo State. We are not worried about that but what is worrisome is that a governor will belittle his office and insult the national chairman of a party by bringing him to inaugurate a jetty for canoes and motor park by Oba Market while his mates are inaugurating heavy development projects.”