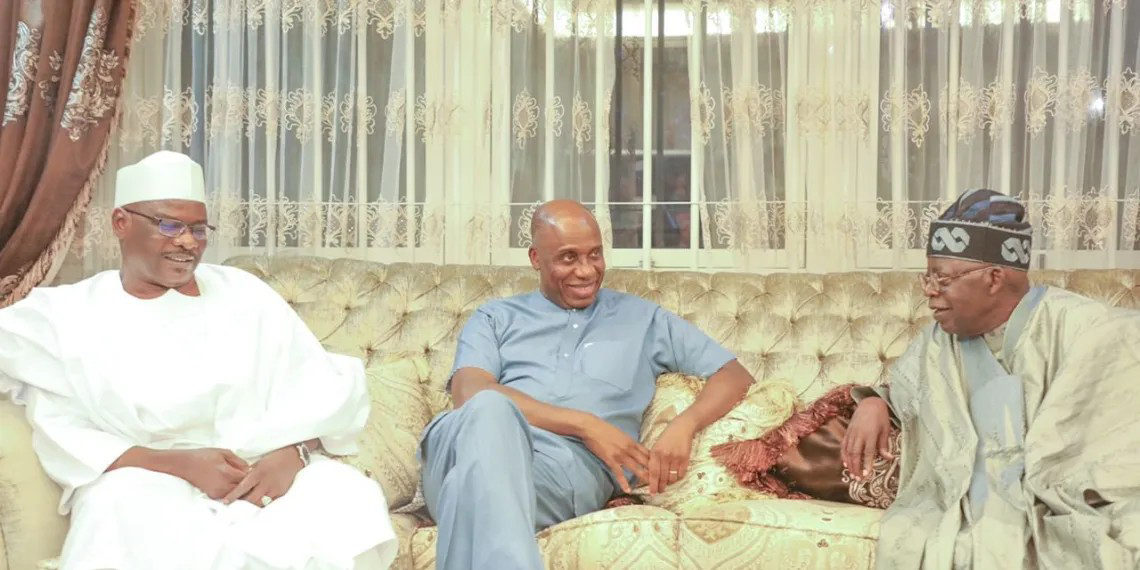 The presidential candidate of the All Progressives Congress (APC), Bola Tinubu, on Friday, continued his fence-mending within the party with visits to some former presidential aspirants in the just concluded primary election.

They were all presidential aspirants of the party.

During the primary election on Tuesday, Mr Akpabio stepped down for the former Lagos State governor, who eventually won the election with 1,271 votes.

Mr Amaechi had polled 316 votes and the Kogi State governor got 47 votes.

Mr Tinubu was accompanied by the governor of Lagos, Babajide Sanwo-Olu, Governor Umar Ganduje of Kano, Bello Matawella of Zamfara and Adams Oshiomhole, a former governor of Edo State

While hosting the team, Mr Bello said he would donate his campaign office to Mr Tinubu.

“Today, I have collapsed my President Campaign Organisation. I am donating my campaign organisation secretariat to you,” he said.

“The man of the convention, the man of democracy for that day is Muhammadu Buhari. He said, ‘if you want to run, run; you want to crawl, crawl; you want to dance, dance,” he said.

In the home of Mr Amaechi, the ex-governor of Lagos said they had a ‘genuine’ discussion among family members.

“We had a genuine conversation. There will always be anger and disagreement. A loss of oneness is a loss of hope. We have had a fruitful discussion. We have resolved to work together,” Mr Tinubu said

The same trip was also made to the home of Mr Akpabio.

Mr Akpabio was the first to withdraw from the race and backed the eventual winner.