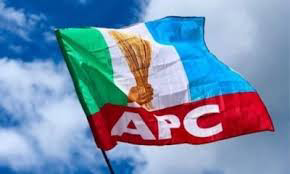 Six persons vying for the position of the National Chairman of the All Progressives Congress have stepped down from the contest.

The six former candidates have backed the candidate of the President, Major General Muhammdu Buhari (retd.) as their consensus candidate, Senator Abdullahi Adamu.

This was contained in a letter sent to the Chairman of the APC Election Sub-Committee on Friday, signed by Senator George Akume, who was also among those vying for the position.