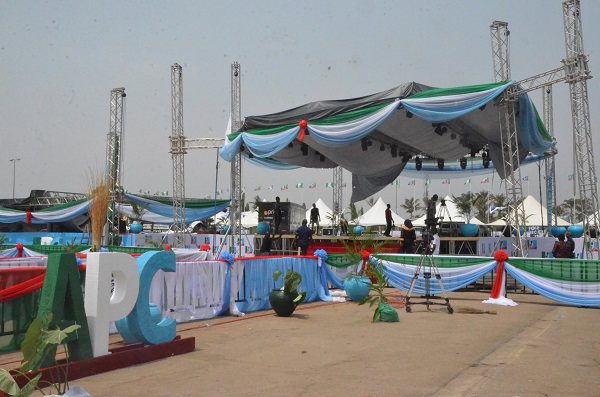 Members of the All Progressives Congress who gathered at the venue of the convention at Eagle Square were seen pushing down the demarcated entrance in attempts to force their way in.

The policemen were equally seen pushing back the people, hitting them with batons as they tried to raise the fallen demarcation again.

Earlier, the members were seen queuing in an orderly manner as security operatives were heavily positioned at the venue

Our correspondent, who moved around the venue of the convention, observed that police patrol vans, manned by armed policemen, were stationed at strategic locations around the Eagle Square.

Also, stop and search was for those who attempted to pass through the road that linked the venue while vehicular movements were restricted and several vehicles were also turned back by security operatives