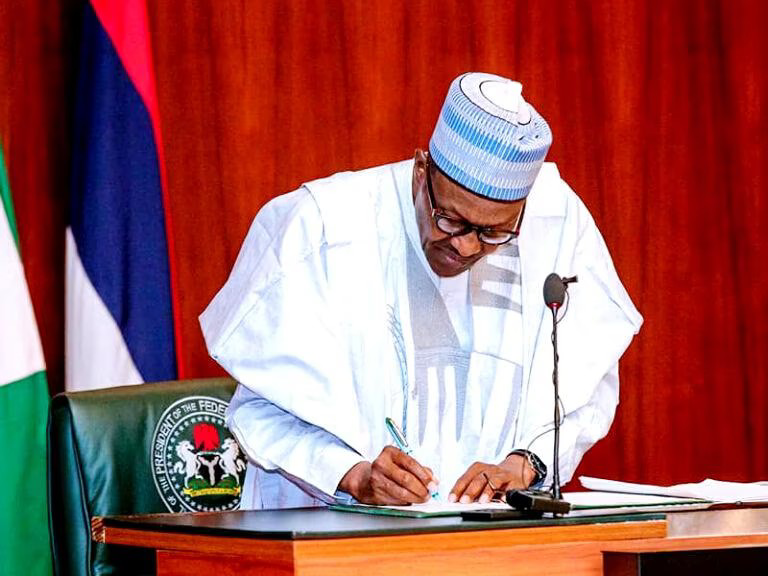 CONCERTED efforts by Governor Nasir El-Rufai of Kaduna State, to rally his All Progressives Congress, APC, colleagues to save the party appear to be yielding fruit.

Party sources say two indicators point to this. At the meeting with APC governors on Tuesday, President Muhammadu Buhari affirmed his choice of Senator Abdullahi Adamu as national chairman of the party and the governors also insisted on the March 26 date for the national convention.

Following the meeting, a copy of the zoning arrangement for APC positions with the president’s signature was also released. Vanguard exclusively published the lists penultimate Thursday. Each page of the documents containing the zoning formula had President Buhari’s signature and date. A draft zoning list was signed and dated February 25, 2022. After approval, the final zoning document was signed and dated March 1, 2022, by President Buhari. Saturday Vanguard has copies of both documents.

These developments question claims that the President was undecided on the national chairman of the zoning arrangements.

Governor Nasir el-Rufai had left Kaduna State on Monday for Abuja after presiding over the weekly Executive Council meeting.

“His two-fold mission was to ensure that the convention of the APC) s not sabotaged by the Mala Buni group in the Caretaker/Extraordinary Convention Planning Committee, CECPC. And that they do not tamper with the zoning, as approved by the president,” a source close to the governor told Saturday Vanguard.

The Mala Buni group consisting of one of President Buhari’s trusted ministers from the South-South, a North-Central governor and South-East governor are alleged to have been working hard to upturn the zoning arrangement and delay the convention so that it can be held simultaneously with the primaries for the 2023 elections.

Said the source “Mala Buni’s agenda within an agenda is to ensure that the convention is postponed until May so that he can conduct the convention and presidential primaries.

Many governors feel that Buni can longer be trusted to deliver, considering his personal ambition and determination to use postponements to achieve it.

“Despite having been caught out, the Buni group released a list of the convention planning committees that alarmed the president and other stakeholders. The president made it abundantly clear that vigilance is the watchword until the convention holds.”

In the meeting with APC governors, President Buhari urged the party to work towards consensus in filling the vacant slots and some leaders have been picked as consensus officers, according to the signed documents.

President Buhari and APC governors, sources said, agreed on the zoning of these offices. At the behest of President, El Rufai has relocated to Abuja to ensure the zoning arrangements hold.

Having arrived at a zoning formula, the source wondered why the CECPC raised a zoning committee chaired by Kwara State Governor, Abdulrahman Abdulrasaq, to work out another zoning template. The committee is expected to turn in its on Monday.

However, some of the national chairmanship aspirants such as Senator Sani Musa and Alhaji Saliu Mustapha, have picked holes in what they described as a purported endorsement of Senator Adamu by President Buhari.

Specifically, Mallam Saliu Mustapha said he is a core party man, so he expects that once a decision is taken on a matter as important as that of a consensus candidate, it will be passed on by the party leadership through official channels.

Piqued by the allegations of endorsement of the former Governor of Nasarawa State Senator Abdullahi Adamu by President Buhari as the consensus candidate for the national chairmanship of the APC in the forthcoming National Convention, the APC Integrity Group has called on a minister from the South-South Governor El-Rufai not to destroy the party with their ambitions.

The group made up of members of the legacy parties that formed the APC – Congress for Progressive Change, CPC, All Nigerian Peoples Party, ANPP, Action Congress of Nigeria, ACN, and All Peoples Grand Alliance, APGA – accused the Minister and the governor of instigating the stories of endorsement of Senator Adamu by the President.

In a joint statement by its Coordinator, Malam Dawu Mohammed; and Secretary, Comrade Chinsom Nwakanma, the group said the issue of endorsement of a candidate by President Buhari is a fluke and should be disregarded.

Positing that President Buhari is close to all the candidates and would not adopt any one of them without consulting others, it said the aspiration of securing the presidential and vice-presidential tickets of the party through a preferred National Chairman, which the said Minister and Governor El-Rufai are allegedly pushing for was capable of destroying the party.

The group called on the legacy parties to rein in and save the party before it goes into oblivion.

It also called on national chairmanship candidates, North-Central governors and the National leadership of the party to reach a consensus among candidates and if this failed, they should prepare for election at the Convention.

Members of The Integrity group in their position paper said: “We have observed with dismay the plan by some persons to destroy the APC by trying to foist a national chairman on the party.

“We are calling on the governors and leaders of the party to speak out on the issue before such falsehood would destroy the party.

“As an Integrity group, we are not against any candidate but think it would be logical that a member of the legacy parties emerged as National Chairman, as had been suggested by the former governor of Imo State, Senator Rochas Okorocha. If we allow co-joiners of APC to hijack the party, it will spell doom of our democracy.

“We also call on the handlers of Mr President and Personal Assistants to be circumspect in what they do with some persons, as their actions can be injurious to the country and the party that the President leads.

“We expect this issue to be resolved and resolved amicably by the leadership of the party, which include the Tripartite Committee.”

“Also, we expect that the recently signed Electoral Act should become operational by Ministers or political appointees with interest in Conventions or congresses to resign.”