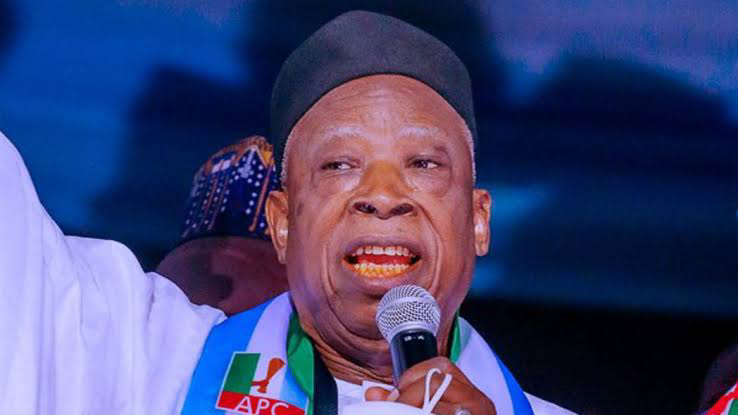 The National Chairman of the All Progressives Congress (APC), Abdullahi Adamu, has explained why the party’s presidential nomination form is pegged at N100million.

The APC had fixed N100million as the cost for its 2023 presidential aspirants to obtain forms.  The APC explained that the nomination form would go for N70million while the expression of interest form cost N30million.The fee was approved at the National Executive Committee (NEC) of the party in Abuja.

Those eyeing the governorship ticket would purchase the form at N50million.
However, aspirants under 40 years would get a 50 per cent discount on the fees while women and persons living with disabilities would pay only for the expression of interest forms.

“If a presidential aspirant cannot mobilise at least 10,000 supporters to raise such amount; that person is not a serious contestant,” he was quoted him as saying.
“We are talking about the president of Nigeria, not the emir of your town. Now when the emir of your town dies, the person seeking to replace him will spend more than N100million for just one emirate,” Adamu said.He also said there are so many leadership positions that will cost more than N100million.

“If you want to kill a dog, you will give him a bad name, there is nothing to compare between seeking to be Nigeria’s president and corruption using the cost of the form. If you cannot participate, there is no compulsion, if you don’t have N100million, you have no business with becoming president. Tell me which country will not fix reasonable numbers to contest the position of the president? No country that practices democracy like ours will not fix the amount to around N100million; in fact, how much is N100million?”

“Our party has principles, if you can follow the guidelines you can participate. And another thing is our party is the ruling party, if we fix the amount less, the same opposition can sponsor some people to come and participate before you know court cases will arise everywhere. Let’s see if any devil can pay N100m to sponsor some,” he added.