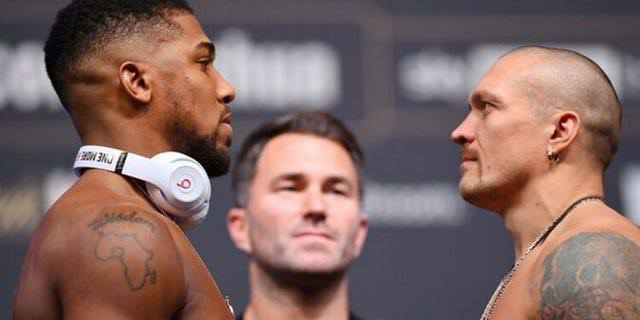 Oleksandr Usyk’s team have resumed plans for a rematch with Anthony Joshua which is set to be scheduled this summer, Sky Sports understands.

The Ukrainian star returned to his home nation to help defend against the Russian invasion, but Usyk is now expected to continue his career later this year.

Joshua has activated a clause for a rematch with Usyk after losing his WBA, IBF and WBO heavyweight titles in a unanimous decision loss at Tottenham Hotspur Stadium last September.

But attempts to finalise terms were put on hold, with Usyk heading back to Ukraine to help his compatriots, and the two-weight world champion was pictured holding an assault rifle with the Kyiv Territorial Defense.

Otto Wallin, Luis Ortiz and Britain’s Joe Joyce were on a shortlist of alternative opponents for Joshua, but Usyk is set to finalise terms for their second fight before finding a suitable location for his training camp.

Joshua recently confirmed that he started preparations for his next fight with Angel Fernandez, who was drafted into the British star’s team ahead of the rematch win over Andy Ruiz Jr in December 2019

PREVIOUS POST Real Madrid confirm Hazard will undergo surgery on right leg injury
NEXT POST Giant white diamond ‘The Rock’, the Largest in Auction History, Could Fetch Up to $30 Million