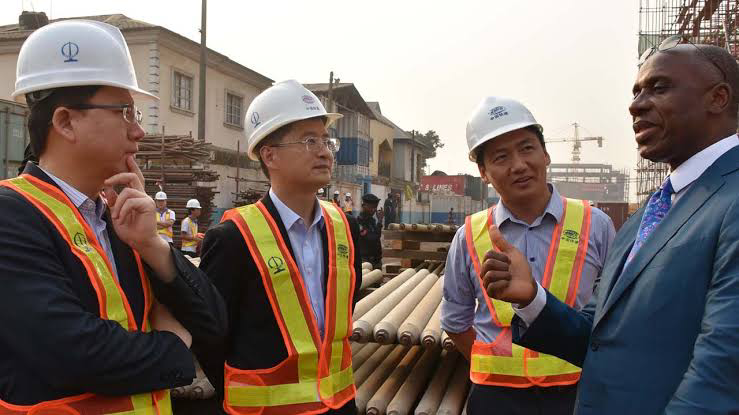 The China Civil Engineering and Construction Company (CCECC) is deliberately delaying the delivery of the Kaduna-Kano rail project, according to the Minister of Transportation, Mr. Rotimi Amaechi.

Speaking during the inspection of facilities on the rail corridor, on Saturday, Amaechi said the CCECC is paying politics with the project.

“I think the CCECC is beginning to play politics. They should move away from politics and focus on construction. And I think they need to complete the Kaduna-Kano rail as planned. I won’t say more than this until we meet with CCECC on Wednesday.

“The speed is extremely slow. They are supposed to have over 2,000 equipment on this project, they have just 541 so far. They claimed that over 300 are in Kaduna. We have sent a team to check. But even if you add that, you will still have just over 800. Just over 800 equipment compared to 2,000 means something is wrong somewhere” he observed.

“I know they will claim that we haven’t funded them but part of their responsibility in the contract is for them to look for the money. CCECC hasn’t given us money. Chinese haven’t given us money. So they can’t afford to delay it because is their responsibility to look for the money. That’s what the CCECC must do. But I will address the press and Nigerians on Wednesday after we meet with CCECC. If there is no difference, I will tell the country what’s going on.

“I think what they’re ding is delay the project for this government to come to end,” he noted.

He said the report from the project consultant show the project is just about five percent completed, which is unacceptable.

Also on the Port Harcourt to Maiduguri narrow gauge project also awarded to CCECC, he said the contractor will explain why they’ve not mobilised to site after they’ve received some payment.