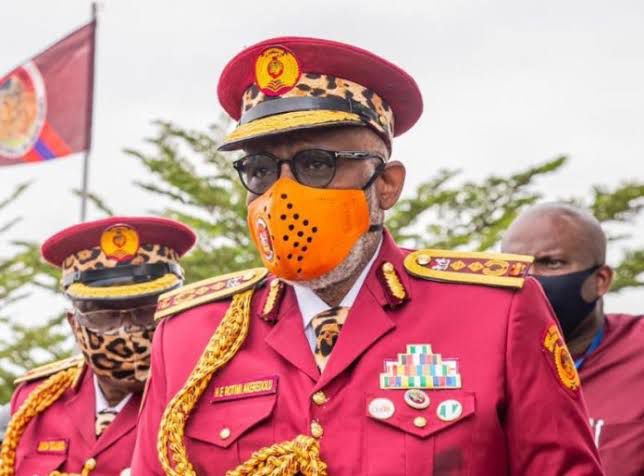 Governor Rotimi Akeredolu of Ondo State has again explained the need for officers of the Western Nigeria Security Network codenamed Amotekun Corps to bear arms than non-state actors, saying the security of lives transcends the protection of pipelines.

“Most of the people and even some of my colleagues didn’t really understand my position on the oil pipeline surveillance contract. I have no issue with the Federal Government awarding surveillance contracts to anybody. It is Federal Government’s money. They can use it anyhow they want.,” Akerodolu said, according to a statement released on Wednesday by his Chief Press Secretary, Richard Olatunde.

“Here, we are spending our money on Amotekun. And what I said in my statement titled, ‘Who Actually Needs Weapon’ was that the Federal Government should allow Amotekun to carry sophisticated weapons like those whom they awarded pipeline surveillance contracts.”

“If you can allow individuals to carry heavy arms to protect pipelines, why won’t you allow Amotekun to carry sophisticated weapons to protect the people? The oil facilities are not more important than the lives of the people,” he said.

Akeredolu, who is the chairman of the South-West Governors’ Forum and the 17-member Southern Governors’ Forum, was quoted to have made the statement at the commissioning of the newly reconstructed office complex at the Ondo State Oil Producing Area Development Commission at Oba-Ile, in the Akure North Local Government Area of the state

Gov Akeredolu, last week, condemned the decision of the Federal Government to award a contract for the protection of pipelines in the South-South to a private security company, as revealed by the Chief Executive Officer of Nigerian National Petroleum Company Limited, Mele Kyari, on September 30, 2022, during the 49th session of the state house briefing at the Presidential Villa, Abuja.

The NNPC CEO had said though a former leader of the Movement for the Emancipation of Niger Delta, Government Ekpemupolo, popularly known as Tompolo, has an interest in the company awarded the pipeline protection contract, the government is not dealing with him.

The 17 southern governors have consistently pushed for the decentralisation of the policing system in the country and had backed state police.

In an effort to curb the growing killings in their states, the South-West governors had inaugurated the Amotekun outfit whilst the South-East governors also came up with a regional security outfit, Ebube Agu. In the North Central, Governor Samuel Ortom inaugurated the Benue Guards but the Federal Government through the office of the Inspector General of Police has not licensed any of the regional and state outfits to bear assault rifles.