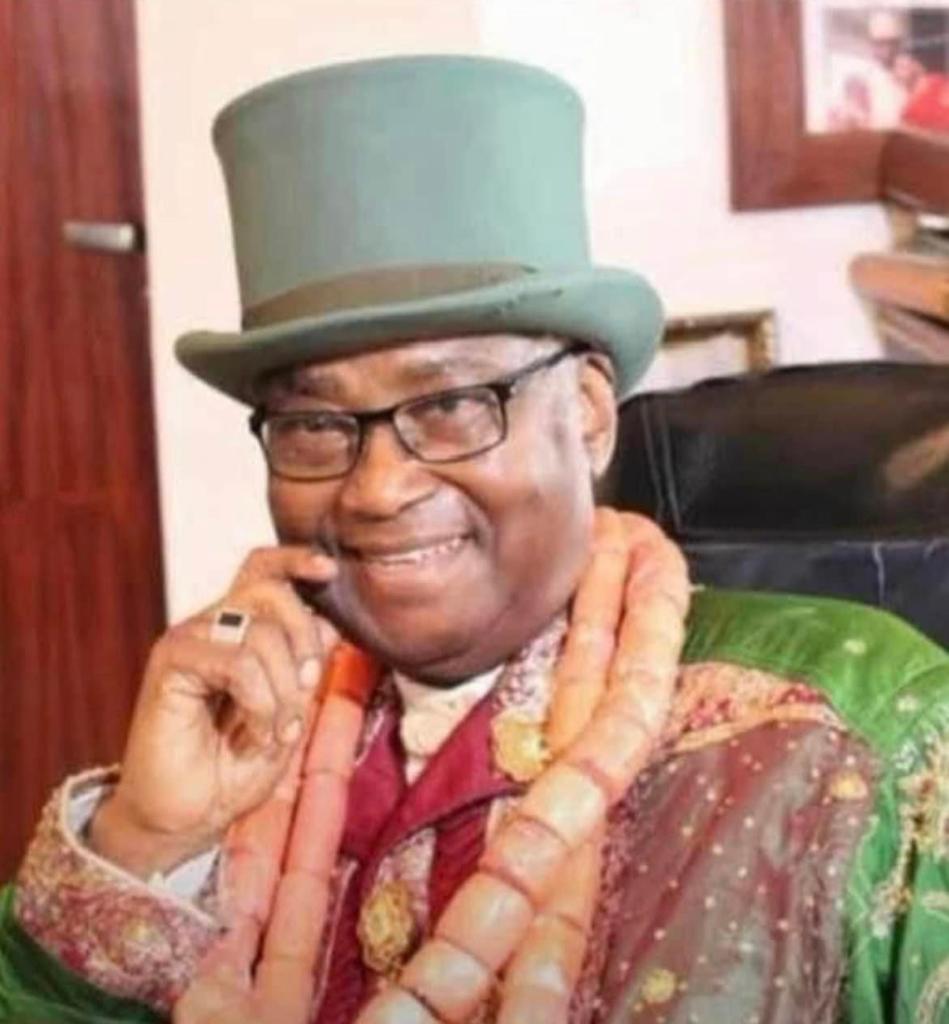 On Monday the 25th of April, 2022 Nigeria lost a great man. Alabo Tamunotonye Graham-Douglas passed on into eternity, leaving behind a trail of remarkable achievements and a supersized personality in our memory.

Alabo was a friend of mine. A man of imposing stature, he had a friendly and likable personality. You couldn’t come into his presence and not feel the warmth he exuded. In the course of my relationship with him, I was often amazed at the ease with which he made friends. He had a formidable network of relationships, which contributed to the power and influence that he wielded in his lifetime.

In 1986 his learning and love for culture resulted in his appointment as Commissioner for Youths, Sports and Culture in the old Rivers State, and he brought admirable new perspectives to that office. He championed and organised the Rivers Carnival (Carnival ‘88), with the theme Unity in Cultural Diversity. It was organised as a means of promoting the diverse cultural experiences of the peoples of the state. During his tenure also, he took up the challenge of building the Liberation Stadium to provide a suitable arena for sporting events and for promoting the development of talent. In addition, he ensured the completion of the Alfred Diete-Spiff Civic Centre. There were many other things he did that marked him out as a high achiever, something that attracted the attention of the entire nation.

In recognition of the groundbreaking work he was doing in Rivers State, the Federal Military Government in 1989 appointed him as Minister for Social Development, Youths and Sports, so that he could bring his Midas touch to the federal level. In short order, he implemented ideas that brought success to the ministry. While he was at it, the government had the idea that he could be even more useful in the aviation sector, especially at a time when a policy for the liberalisation, commercialisation and privatisation of public enterprises was being implemented. So he was redeployed to the Ministry of Aviation in 1990. He spent two years in that ministry advancing the liberalisation agenda of the government.

While he served in the military administration, one unmistakable feature of the FEC meetings was his impeccable and colourful Niger Delta attire complete with a top hat. His dressing offered something refreshingly different from the ubiquitous epaulettes. He brought real civilian dimension to the cabinet. He was a symbol of the tradition and cultural heritage of the Ijaw ethnic nationality.

After his stint with military government, he took steps to pursue his interest in mobilising people to achieve political ends and ensure a more equitable federal system for Nigeria. He organised and became chairman of the Southern Minorities Movement, an organisation whose objectives were inspired by the Willink Commission report of 1958. The Movement wanted to see to the protection of minorities within the framework of our constitutional system. Eventually, in 1998, when the current democratic dispensation was opening up, the Southern Minorities Movement merged with other organisations to form the Peoples Democratic Party.

Chief Tonye Graham-Douglas had elaborate plans for the advancement of Nigeria, especially on the economic and political fronts. He wanted to put those plans to work, so he sought the nomination of the PDP in the presidential primaries of February 1999. Though he did not win, his impact was felt within the party. The winner, Chief Olusegun Obasanjo, who went on to win the general election, appointed him into the Federal Executive Council as Minister for Labour and Productivity. Just a year later he was redeployed to the Ministry of Culture and Tourism.

With the kind of public service experience he had had and his colourful personality, the Ministry of Culture and Tourism was more of a natural habitat for him. He operated with visible aplomb and smoothness. He had special interest in the environmentally friendly ecotourism and voiced strong support for it, describing it as responsible tourism. It was something he promoted.

He left the cabinet in 2001 and, once again, returned to his abiding desire to see the emergence of a federal system run on the foundations of fair and integrative principles. He added his far-reaching voice to the discourse on the Niger Delta region, especially the challenges of violence and insecurity as well as oil pollution and inequitable distribution of revenue. During this period, too, he was active as an elder statesman in the politics of Rivers State.

He played the role of advisor and guide to the younger generation who had become political leaders in the state, but he did not shy away from pointing out, when necessary, what he believed were major errors on their part. A couple of times, his forthrightness inevitably resulted in some level of irritation and discomfort with the government, but he held onto what he believed was right. He advocated interethnic justice and harmony. He thought about the prosperity of the state and the common good of the masses, not about privileges that he could enjoy personally.

Chief Tonye Graham-Douglas was also involved in managing his private business concerns. At various times, he was the Managing Director of a construction company, Togiscani Nigeria Ltd and the CEO of Road Haulage Company as well as Magroad Enterprises. He also managed public entities like Pabod Finance & Investment and Waterglass Boat Yard, both owned by the Rivers State government.

He supported the causes in which he believed and was supportive of his friends. He stood by me all through the time I served as Secretary to the Bayelsa State Government and as Pro-Chancellor and Chairman of the Governing Council of the Niger Delta University. He was there as a pillar of strength during my time as head of the National Think Tank. He was always ready to give me advice from the rich experience he had gathered over many years of service to our country.

His lifestyle was characterised by generosity. For the many years I related with him, I never for once saw him eat alone; he always held buffets with a number of diners, sometimes numbering up to 20. Sometimes he would even ask that people outside the dining room be invited to join. That was the usual thing to expect at dinner with him. And he had a very understanding and supportive wife.

Mrs Muriel Graham-Douglas was a blessing to Alabo all through their marriage. She stood by him, encouraged him, cared for him and made his home a place where friends were welcome. She was one huge, indispensable factor in the beautiful life he lived. With her, he could count himself among the luckiest men in the world. He was!

Alabo Tamunotonye Graham-Douglas has served this country in a manner only a few people can boast of. To have served in both military and civilian administrations is testimony to the fact he was goldfish with no hiding place. Because of his sterling qualities, he was always fetched out and entrusted with important responsibilities. He always had something to contribute, something to make a difference, and he did not withhold his hand from doing the needed work. Whether in the public or private sector, he recorded successes.

Wherever he had the opportunity, he used it to show leadership by example. He did whatever he could to contribute to the advancement of his society. His was a life of service to humanity through and through. Now he has bowed out of the stage, but we see the many remarkable footprints that tell the story of his life. This generation has a lot to learn from his story. He was a patriot!

I feel fulfilled that, in my own little way, I did something to honour this great man in his lifetime. In 2014 the Azaiki Public Library honoured him with the Outstanding Patriot of Nigeria award. There were other honours given to him but, considering the track record of his service to our country, he deserves much more than he received. Nigeria owes this patriot a debt of gratitude. Condolence Register is open at his Abuja and Port Harcourt Residence and also at the Azaiki Public Library in Yenagoa.