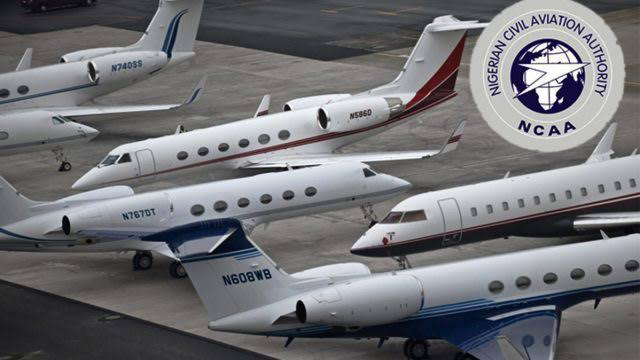 The Nigerian Civil Aviation Authority on Thursday said it might be forced to ground some airplanes over the inability of local airlines to maintain them due to the rising cost of JetA1, also called aviation fuel.

The authority stated that the hike in aviation fuel price had led to a spike in the cost of the operations of airlines.

This is just as local airlines under the aegis of the Airline Operators of Nigeria said with the price of aviation fuel increasing from N190 to N670 per litre, they might be forced to suspend flights nationwide.

The stakeholders made their positions known at a meeting called by the House of Representatives in Abuja on Thursday over the current crisis in the aviation sector.

The Deputy Speaker of the House, Ahmed Wase, specifically called the meeting based on a motion of urgent public importance moved by the Chairman, House Committee on Aviation, Nnolim Nnaji,  titled, ‘Urgent Need to Investigate the Sudden Scarcity and High Cost of Aviation Fuel Which Has Created an Existential Threat to Airline Operations and Requires Immediate Intervention by the Federal Government.’

Adopting the motion, the lawmakers had urged the leadership of the House to “urgently intervene so as to resolve these challenges within 24 hours.”

In his presentation on Thursday, the DG of NCAA noted that the motion was correct about the developments in the aviation sector, adding that the spike in the cost of aviation had increased the cost of operations of airlines.

Musa said, “Fuel is to be about 30 per cent; as of today, it has gone to about 50 per cent under the cost of operations. For me as the regulator of the industry, this is of significant concern for me, not only for the inconveniences caused to the traveling public in terms of flight delays and cancellations.

“It is also a significant safety concern to us because if airlines cannot have enough financial margin to comply with all the mandatory requirements, then it is something that we really may have to look at.

“God forbid, I don’t want to come before this committee explaining why A or B happened. Every day, it increases. Sir, I won’t be surprised tomorrow if it is selling for N700 per litre. Every day it is increasing by between N20 to N30. Yesterday, it was N635. Today, it is N670.”

He added, “Considering the cost of air tickets now, the airline industry cannot survive. It is either we shut them down because they cannot generate enough revenue to operate safely. We are not even talking about cancellations and delays; we are talking about the safety of flight operations.

“It is the responsibility of the (Nigerian) Civil Aviation Authority and I am fully responsible for the safe operations. We hope the honourable House can help us find a solution to resolve this matter. Aviation is critical to the economy of Nigeria.”

The NCAA boss stated that if the aviation sector should crash today, many other sectors of the economy, such as the oil and gas sector, would stop operations in a matter of time.

Ukoha said aviation fuel was a deregulated product, while those who supplied it were licensed.

The NMDRA official added, “I can also confirm to this august gathering that from our records, we have sufficiency; we also monitor the vessels as they come in to discharge. So, we are in a first-hand position to state the volume that we have in the country.

As of today, we have 34.9 days’ sufficiency for ATK. That means even if nothing comes in, both what we have inland and on marine will be sufficient for us for 34 days plus.

“So, when you hear talks about scarcity, all we can say is that there is enough volume to go round. I will be interested in knowing and getting more details about this scarcity. That is what we can say from the regulator’s perspective.”

Shocked by the presentation, Wase asked what could be responsible for the scarcity in the supply chain. He also asked why the marketers were now demanding upfront cash payment before supplying airlines.

Ukoha, however, noted that with deregulation, market forces would determine the price.

Dissatisfied with the explanation, Wase said, “As a politician, I want to tell you that I am concerned. We are moving towards election period. Nobody should blackmail our government. It is part of it.

“If you have sufficient supply and you have a deposit. There is an entry into the country. Should there not be a stop-gap for cross-checking and checkmating to ensure that what you have does not go?”

The Chairman of Air Peace, Allen Onyeama, who spoke for the airline operators, took a swipe at the NMDRA for denying the scarcity.

“To say that I am saddened by certain responses is to play it down,” he said.

He added, “That is true. The answer he (NMDRA official) gave, to say the least, is a response that none of us here expected. And you (Wase) hit the nail on the head; we did not ground our operations because we don’t want the political actors to capitalise on something that actually, we should have done.”

The Air Peace boss also corroborated the NCAA DG’s position, stating that “safety is at stake.”

According to Onyema, the cost of aviation fuel is about 70 per cent of the local airlines’ cost of operations “even before this increase.”

Onyeama said, “ What happened in the last two weeks is unbelievable. From N190 per litre, it jumped to over N300 and from there to N450. We thought that was very alarming, only for us to wake up two days ago and it became N599; the following morning, I bought it for N670. We cannot operate this way.

“The airlines came together and said, for what this government has done for aviation, including customs duty waived on imported aircraft and parts, VAT on ticket fares waived, that was the sole reason airlines did not shut down two days ago.”

He said airlines had subsidised what air passengers were paying for tickets.

“But we cannot continue. We cannot last the next 72 hours doing that. We are indebted and we don’t want AMCON to come after us. It is a loss; it has gone up to 150 per cent of our costs,” Onyema stated.

He disclosed that in order to manage the crisis, the airlines decided to reduce their flights to about 60 per cent. He also disclosed that he spent triple of what he should have spent on the evacuation of Nigerians who fled from Ukraine to Poland.

“What we are flying now is about 30 per cent because the product is not even available. I am surprised he said they have many volumes of fuel that will last 34 days. We are not here to play games because Nigerians know that this thing is scarce.

“The delays and cancellations that are happening now are unimaginable. That is why we are even flying skeletally. If not, we would have shut down the entire thing and it would have affected the economy of the country,” he said.

The Chairman of Skyjet Aviation, Kashim Shettima, disclosed that while the known major marketers of aviation fuel do not have stock, some unknown firms have the product and inflated the price.

A member of the House, Sada Soli said there were indications that a cartel was emerging in the industry that is responsible for the current scarcity, blaming it on the NMDRA.

According to Soli, marketers are using the current war between Russia and Ukraine to exploit airline operators believing that there might be a possible increase in the price of the product.

The Chairman of the House Committee on Aviation, Nnolim Nnaji, also said it had been discovered from the previous engagements with stakeholders in the aviation sector that some marketers were procuring licenses for pseudo firms and diverting their stock to them, to be sold at a high price.

While the Majority Leader of the House, Alhassan Ado-Doguwa said it appeared that the Petroleum Industry Act was not working as expected, considering the various issues in the petroleum sector, the GMD of NNPC disagreed.

Kayari said, “I can confirm that there is enough supply. Yes, it might be in the wrong hands or in the wrong places. We are going to do everything we can to address the situation.

“However, regarding the request by the airline operators to bring down the price to N200, let me say that will not be possible. It is not possible because the landing cost of jet A1 now is N480 per litre. Except if we are going to subsidise it, the price cannot come down to N200.”