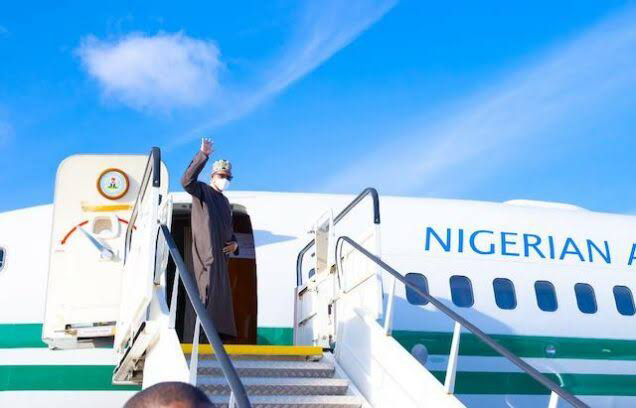 President Muhammadu Buhari is travelling to Spain at the invitation of Pedro Sanchez, the nation’s president.

The president had met with governors elected on the platform of the All Progressives Congress (APC) on Tuesday — ahead of the party’s presidential primary election scheduled for June 6.

Buhari, who is expected to return to the country on June 3, will meet with King Felipe VI, the head of state of the Spanish nation.

According to Femi Adesina, presidential spokesperson, during the president’s visit to Madrid, he will discuss issues that are of mutual benefits to both countries.

The discussion is expected to result in the signing of agreements and memoranda of understanding (MOU) on matters that will further boost the bilateral relations between the two nations.

Issues to be discussed include, extradition and transfer of convicted persons, mutual legal assistance, cultural matters, cooperation towards fighting crime and enhancing security, as well as issues affecting dependents of diplomatic staff.

Other matters are cooperation on energy, trade and investment, transportation, public health and sports development.

As a special guest, Buhari will speak at an investment forum jointly organised by the Spanish chamber of commerce, the ministry of trade, and the Confederation of Employers (CEOE).