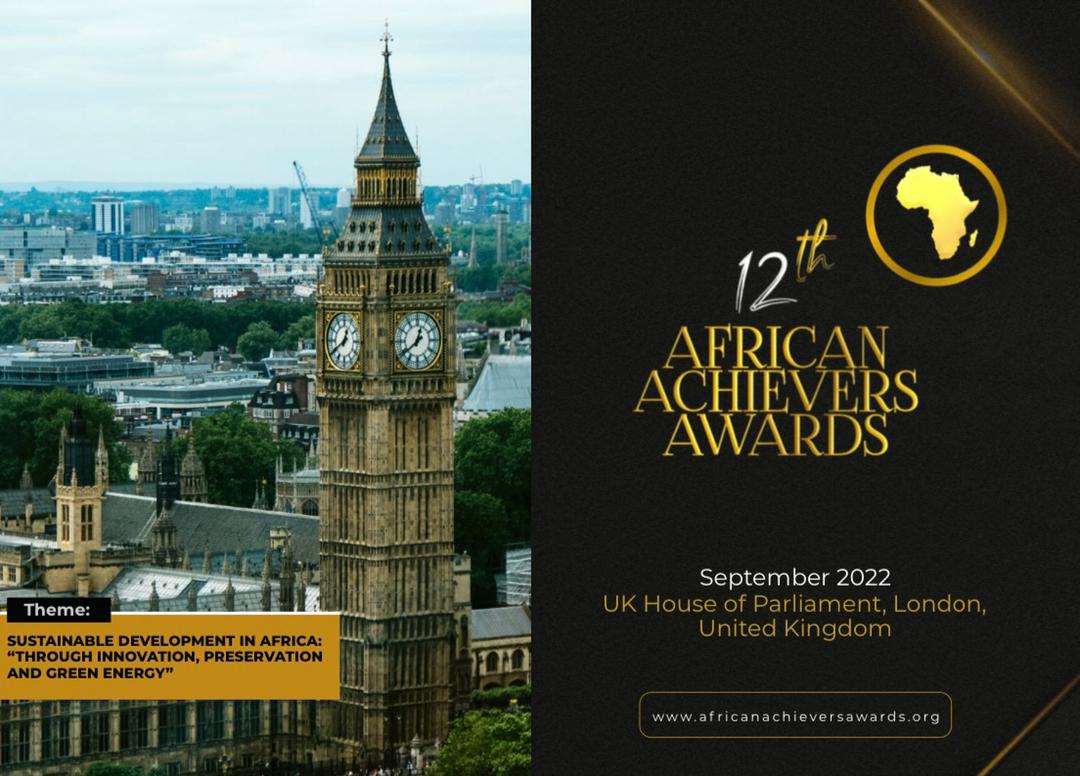 The African Achiever Awards announces their schedule and theme for the
12th Edition of the African Achievers Awards (AAA) to be held at the Parliament of the United Kingdom in Westminster, England on the 20 September 2022.

The African Achievers Awards (AAA) is one of the most prestigious awards that focuses on the African continent and Africans. The AAA recognises exceptional Africans for their contribution to the growth and development of Africa.

The 12th Edition of the Award ceremony will take place at UK Parliament, Westminster, London, the United Kingdom, on 20 September 2022.

The theme for this year’s International Summit and Awards ceremony at the African Achievers Awards 2022 is:
SUSTAINABLE DEVELOPMENT IN AFRICA
through
INNOVATION, PRESERVATION AND GREEN ENERGY

On the choice of this year’s theme, Dr Tonye Rex Idaminabo, Chief Executive Officer of the African Achievers Awards, reiterated the importance of addressing the challenges in Africa to work towards a prosperous, equitable, and sustainable future in Africa.

This year’s summit and awards ceremony, therefore provides a platform for industry leaders in Africa to converge, and discuss strategies towards sustainability in Africa.

Created in 2010, the African Achievers Awards has become one of the most reputable awarding bodies on the African continent and one of the biggest annual gatherings of influential African achievers globally. Over the years, the awards have honoured and celebrated great African trailblazers whose work have had a meaningful impact on development in Africa. Former laureates include worthy African political leaders, exceptional young achievers, passionate and dedicated community builders, and captains of industries.

PREVIOUS POST Turn yourself in to security agencies – Rivers govt to Atiku’s loyalist
NEXT POST Sylva, Kyari, Komolafe, Wabote, others to brainstorm on Energy transition