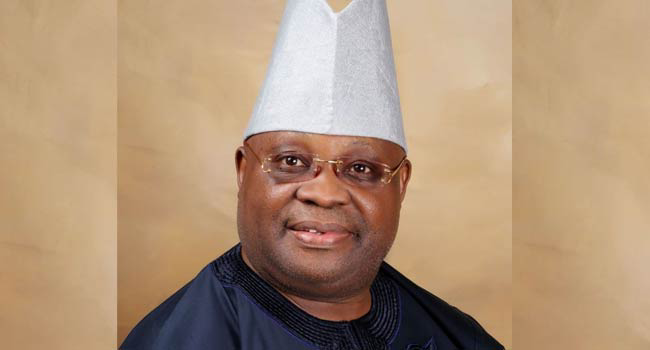 Former Senator Ademola Adeleke was on Tuesday declared winner of the governorship primary election of the Peoples Democratic Party (PDP) in Osun State.

The governorship election is scheduled to hold on July 16.

The PDP primary, held at the 10,000 capacity Oshogbo stadium, was also contested by Dotun Babayemi.

The primary election held amid allegation of bias and litigations which could have stalled the process.

Senator Adeleke was also the PDP’s flagbearer in 2018 when he lost to incumbent Gboyega Oyetola of the All Progressives Congress.