Adeleke’s Victory: It Is Time For APC To Go, Says PDP Governors 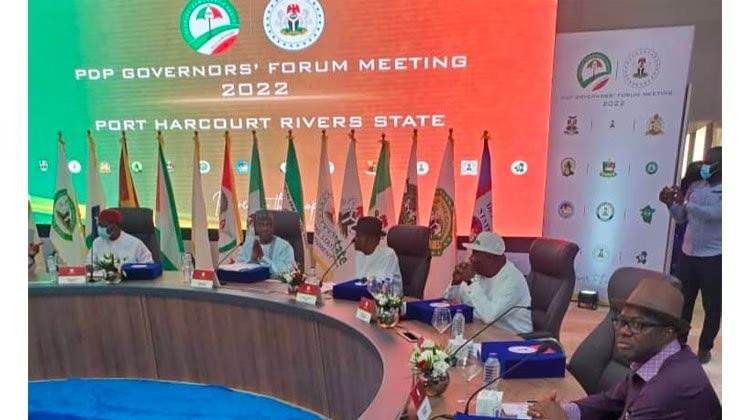 Governors under the aegis of the Peoples Democratic Party have said that the victory of Senator Ademola Adeleke is a signal that it is time for the All Progressives Congress (APC) to vacate the seat of power.

In a statement on Sunday, Chairman, PDP Governors Forum, Rt. Hon. Aminu Waziri Tambuwal, welecomed Adeleke to the group, saying the Osun people reposed their trust and confidence in the governor-elect, because they could see his heart, which is full of love and concern for the wellbeing of his people.

“This victory is as a result of the sagacity, hardwork, teamwork, skillful campaigns, efficient resource allocation, openness and humility exhibited by the Governor-elect.

“He concentrated on issues that mattered most to Osun people and they responded in kind, bestowing on him and PDP an earth-shaking victory of historic proportions.

“This victory is a lesson for all. It shows that everyone matters in politics, particularly the electorate. It also confirms the famous dictum that ‘God’s time is the best’.

“We must remain vigilant and anticipate all the antics the dying All Progressives Congress (APC) will come up with. But rest assured that we are all with you in this great effort to reset the trajectory and story of Nigeria, positively.

“The light has shone on Osun State, in July. It is time for the light to shine on Nigeria, again through the instrumentality of the PDP, come February, 2023.

“We must also congratulate the PDP family led by the Chairman, Dr. Iyorchia Ayu and his team who ensured a credible primary. The PDP Presidential and Vice-Presidential candidates must be applauded for their leadership role.

“Perhaps, a gold medal should be reserved for Sen. Douye Diri, Bayelsa State Governor, who served as Chairman of the National Campaign Council and other PDP Governors and stalwarts who played various roles that culminated in this great outcome.

“We extend our congratulations also to the Independent National Electoral Commission (INEC), the election Management body, the security agencies, election observers and monitors, the media and most importantly, the people of Osun State, who not only voted but ensured that their votes were counted and count,” the communique partly read.

The PDP governors further noted that when all is said and done, adding that it is time to rid Nigeria of the disaster called APC. T

According to them, the suffering of the ordinary Nigerian has reached a crescendo, a breaking point and as such, APC should pack and go, as PDP