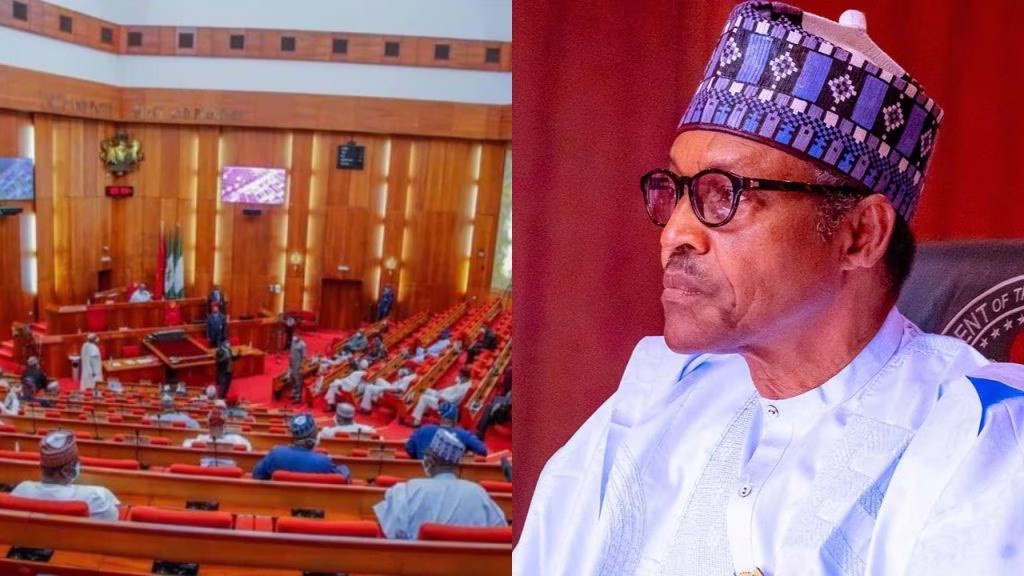 Following the continued attacks on communities and public facilities in Kaduna State and the country as a whole, the Senate on Tuesday asked President Muhammadu Buhari, to declare a full-scale war against terrorists, to fully secure all the nation’s territory from them in whatever guise.

The upper legislative chamber also called on the Army and the Air Force to carry out a sustained bombardment of terrorists’ enclaves with a view to flushing them out and restoring peace and stability in the country.

The resolutions followed a point of order raised on Tuesday by Senator Uba Sani (APC Kaduna Central), who noted that terrorists have in recent times stepped up attacks on some communities and public facilities in Kaduna State.

“Other places affected include Kaya community, Mai Kyauro and Fatika. They killed 50 persons and kidnapped o 100 people. They also made strategic roads in Giwa Local Government no go areas.

“Not done with their devilish acts, they made an attempt to penetrate the Kaduna International Airport.

“Although the attack was foiled by vigilant security operatives, one person lost his life. When people were trying to come to grips with the week-long wanton destruction of lives and property, the terrorists struck again.”

He bemoaned the attacks by bandits on a Kaduna bound train carrying over 970 passengers around the Kateri – Rijana axis in Kaduna, just a few kilometres to the Rigasa Train Station in Igabi Local Government Area of the state.

“The train derailed after the first wave of attacks. Grenades and RPG were used. They rained bullets on all the coaches. Some passengers were killed, while many sustained bullet wounds,” he stressed.

Sani expressed concern that the unrelenting attacks call to question the strategies and tactics being adopted by the security forces.

He observed that the forests where the terrorists hold sway are not impregnable, adding that, “a comprehensive operational plan, executed with high sense of professionalism and responsibility, total commitment on the part of our security forces and the support and cooperation of the local communities will rid Kaduna State forests of these murderous elements.”

The lawmaker, who reiterated the call for the creation of state Police, maintained that “effective gathering of intelligence and sustained security operations at the local level will make life uncomfortable for terrorists.”

Contributing, Senator Gabriel Suswam (PDP Benue North East), lamented that Kaduna had become the new theatre of insecurity, saying the lingering activities of terrorists in the state makes it imperative for the appropriate authorities to take decisive action.

The lawmaker attributed the inability of the military to curtail growing incidents of terrorism to “a clear failure of leadership.”

On his part, Senator Danjuma La’ah (PDP Kaduna South), said if the security situation in the country is not nipped in the bud, political leaders would become the main targets of terrorists.

The Senate, in other resolutions, directed security agencies to always take steps to prevent the occurrence of similar incidents in the future.

It also called on the Ministry of Humanitarian Affairs, Disaster Management and Social Development, National Emergency Management Agency (NEMA) and other relevant government agencies to assist the affected communities with relief materials.