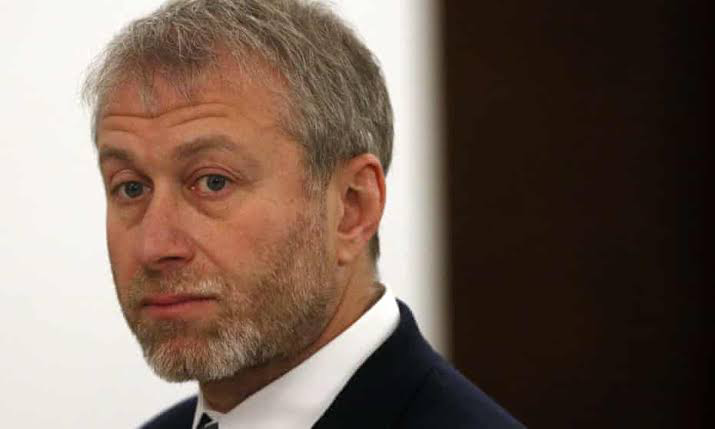 Russian billionaire Roman Abramovich and Ukrainian peace negotiators fell ill this month with symptoms that point to poisoning following a meeting in Kyiv, according to a report.

Abramovich, who has business ties with Russian President Vladimir Putin, has shuttled between Moscow, Lviv, and other areas, serving as an intermediary between Russia and Ukraine as the two countries wage war. He, along with at least two senior members of the Ukrainian delegation, developed symptoms that included red eyes, constant and painful tearing, and peeling skin on their faces and hands, the Wall Street Journal, citing people familiar with the incident, reported.

The alleged attack is believed to have been the work of hard-liners in Moscow attempting to sabotage peace talks, the paper reported.

Abramovich and the Ukrainian negotiators, including Crimean Tatar lawmaker Rustem Umerov, have gotten better, and their lives are no longer in danger.

Western experts who looked into the incident said it was difficult to determine whether the symptoms were caused by a chemical or biological agent or if they were the result of an electromagnetic radiation attack, the outlet reported.

There have been multiple cases over the years of prominent Putin opponents claiming they have been victims of poisoning at the hands of Russian agents. Some have suffered physical and psychological damage, while others have paid with their lives.

Alexander Litvinenko, a former spy for the KGB and its post-Soviet successor, the FSB, defected from Russia in 2000, fled to London, and became violently ill after drinking tea that was laced with radioactive polonium-210. Tests taken on another Putin critic, Alexei Navalny, showed the presence of the nerve agent Novichok.

Russia has publicly denied it has ever had anything to do with poisoning critics of its regime.

Abramovich, worth $7.2 billion, purportedly hand-delivered a letter from Zelensky to Putin. He has been actively trying to repair his reputation since the West went after Putin’s rich friends.

Abramovich was excluded from sanctions the United States slapped on Russia, its leader, and its businesses after Zelensky vouched for him as an important go-between during peace negotiations.

U.S. Treasury Department officials had drafted a set of sanctions to punish Russia and Putin, as well as multiple oligarchs tied to him, following Moscow’s unprovoked attack on Kyiv, but were told by the White House’s National Security Council to exclude Abramovich.

Europe and other Western nations have sanctioned Abramovich and attempted to seize some of his luxury assets. Last week, the Chelsea soccer team owner was able to find a friendly port for his two mega-yachts in Turkey.

Delegations from Ukraine and Russia will meet in Turkey Tuesday for another round of talks.

PREVIOUS POST EFCC arrest: Obiano speaks on running away from Nigeria after handing over to Soludo
NEXT POST Ukraine’s internet down amid fears of ‘biggest Russian cyber attack since invasion began’