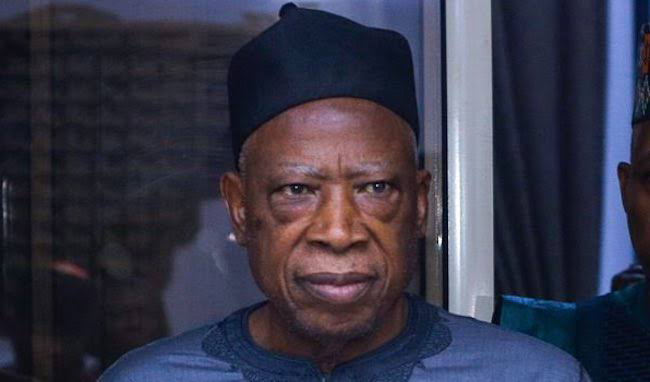 Abdullahi Adamu, national chairman of the All Progressives Congress (APC), has resigned from the senate.

Adamu was elected as APC national chairman at the convention of the party that was held on March 26.

Their resignations were stated in letters read on the floor of the red chamber by Senate President Ahmad Lawan on Tuesday.

In their letters they both thanked their constituents for the opportunity to represent them at the senate.

Specifically, Adamu said Lawan has shown that all arms of government could come together to work as “one national government”.

The former Nasarawa west senator asked APC members in the national assembly to ensure that their party wins the general election in 2023.

“I am, with utmost respect and appreciation, informing you that consequent to my victory as National Chairman in the just concluded APC convention, I hereby formally resign as a senator of the Federal Republic of Nigeria representing Nasarawa West senatorial district with effect from April 1, 2022,” he said.