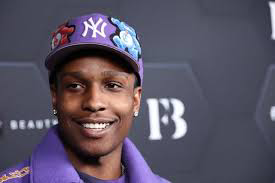 A$AP Rocky has been released from jail on a set bail of $550,000.He was released on bail from Los Angeles jail three hours after his arrest at the Los Angeles International Airport.

The rapper was seen wearing a black and white outfit and sneakers as he left Los Angeles jail.

He was picked up on his arrival from Barbados with girlfriend Rihanna over an alleged shooting that took place in November according to a police statement.

A$AP after his arrest and booking requested the presence of his lawyers.

The LAPD issued a search warrant to search the home of the rapper for thorough investigation into the case. Officers were spotted outside and inside of his LA home.