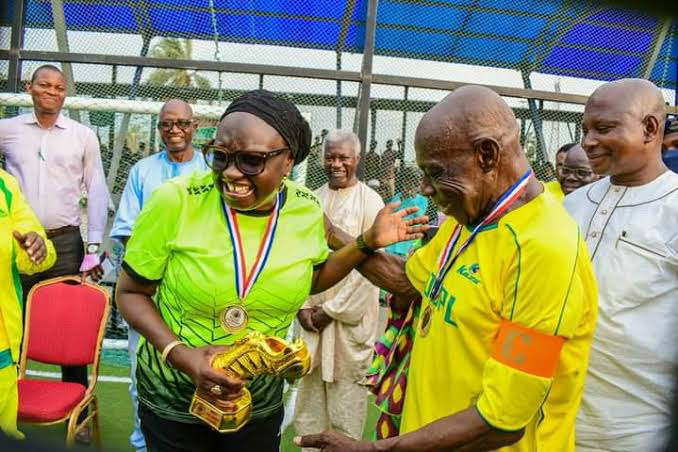 The event was part of activities marking his 85th birthday celebration.

Obasanjo, who was the captain of his team displayed his dexterity in the art of football as his team defeated the Ogun State Government led by the Deputy Governor, Noimot Oyedele, by four goals to two, with the former president scoring the goals.

Obasanjo attributed his agility to the grace of God and recommended physical exercise, medical examination, good dieting, and social interaction for the elderly to keep them healthy.

The event drew the presence of the 91-year-old President of Benin Republic Nicephore Soglo, a former Minister of Justice and Attorney General of the Federation, Chief Bayo Ojo, among others sports enthusiasts.