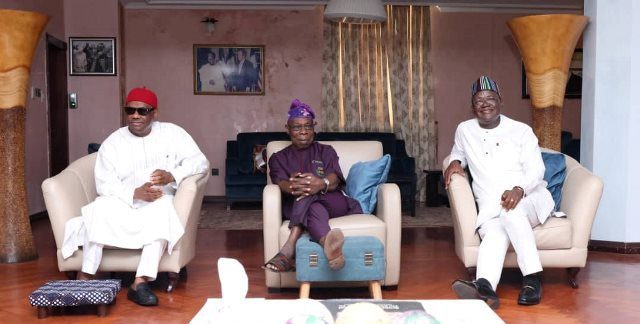 Three governors of the Peoples Democratic Party (PDP) are currently in a closed meeting with former President Olusegun Obasanjo in Abeokuta, Ogun State.

They arrived at Obasanjo’s Residence at OOPL 6:40pm in a long convoy and went straight into the meeting.

Wike was accompanied on the visit by Governor Samuel Ortom of Benue State and Governor Seyi Makinde of Oyo State, as well as former Governor of Cross River State, Donald Duke, among others.

Wike has gone to visit Obasanjo to seek his blessing for his presidential aspiration.