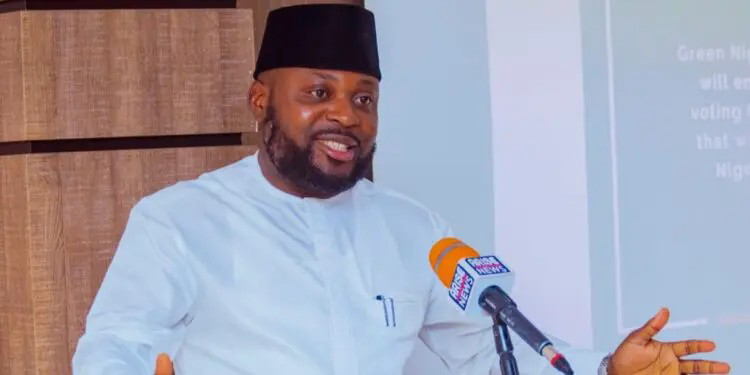 The Green Nigeria Movement (GNM) has said that it will not support any presidential candidate who is above 70 years old. The group disclosed this on Tuesday, March 22 at a consultation breakfast meeting with Civil Society Organisations (CSOs) held in Abuja.

Convener of the GNM and Chairman of the Nigerian Young Professionals Forum (NYPF), Mr. Moses Siloko Siasia, said the group is posed to mobilize up to 12million votes for a credible presidential candidate at the forthcoming 2023 general elections

This forms one of the cardinal objectives of the GNM, which also includes championing a new political narrative at all levels of Government and to ensure support for people within its system for Government aspirations.

He, however, said the movement has resolved to support a presidential candidate who is not more than 70 years old. He said GNM is also working to tackle voter apathy among eligible voters across the country as part of its plan to champion a new political narrative at all levels of government and to ensure support for people within its system.

Siasia harped that the GNM’s choice of candidate will be tied to capacity, ideas, and professionalism, adding that a SWOT analysis will be conducted to come up with candidates that fit its objectives.

Mr. Siasia said the consultation with CSOs will further help strategize on stretching influence and exposing young citizens to accessible and effective tools of political participation. He lamented that there is no synergy among CSOs, noting that standalone political movement throws their weights at the giant task of charting a new course for Nigeria’s polity, adding that it has not yield the desired result.

He said: “We have seen a lot of standalone political movements throwing their weights at the giant task of charting a new course for Nigeria’s polity”, lamenting that “there is no synergy between them”.

“At GNM we are not lost to the realities that there is no cause that can advance without partnership and collaboration. That is why we are gathered here here as movers and shakers to harness our expertise towards promoting active participation of young people in politics, as well as to support a technocrat and seasoned professional in the forthcoming elections,” he added.

Country Director, Accountability Lab Nigeria, Mr Odeh Friday posited that the GNM must have a strategic plan to achieve its objectives, while he also called for the representation of Persons Living With Disability (PLàWD) and more women in activities of the group.

Similarly, Aisha Shuaibu, President, SWA Sports, charged the group to gather “like minded individuals, build networks, collect data, and be honest in its activities”, adding that her platform will be used to mobilize votes for the right candidate chosen by the GNM.

The Consultation Breakfast Meeting held in Abuja, saw the gathering of luminaries comprising individuals, groups and professionals from all walks of life to expand conversations around the forthcoming general elections, as well as build political coalitions across the civil space for an efficient mobilization of young Nigerians for the forthcoming polls.

The GNM is an initiative of the NYPF which aims to among many other goals, identify a credible Presidential candidate and throw its weight behind the candidate by mobilizing massive votes across the country. The platform also seeks to enlighten voters.

Following the recent assent to the Electoral Bill by President Muhammadu Buhari, Presidential and National Assembly elections have been slated for February 25, 2023, while Governorship and State Assembly elections will now be held on March 11, 2023, the Independent National Electoral Commission (INEC) announced.

PREVIOUS POST ‘I am spent’: World number one Barty retires at 25
NEXT POST Russia would only use nuclear weapons if its existence were threatened –