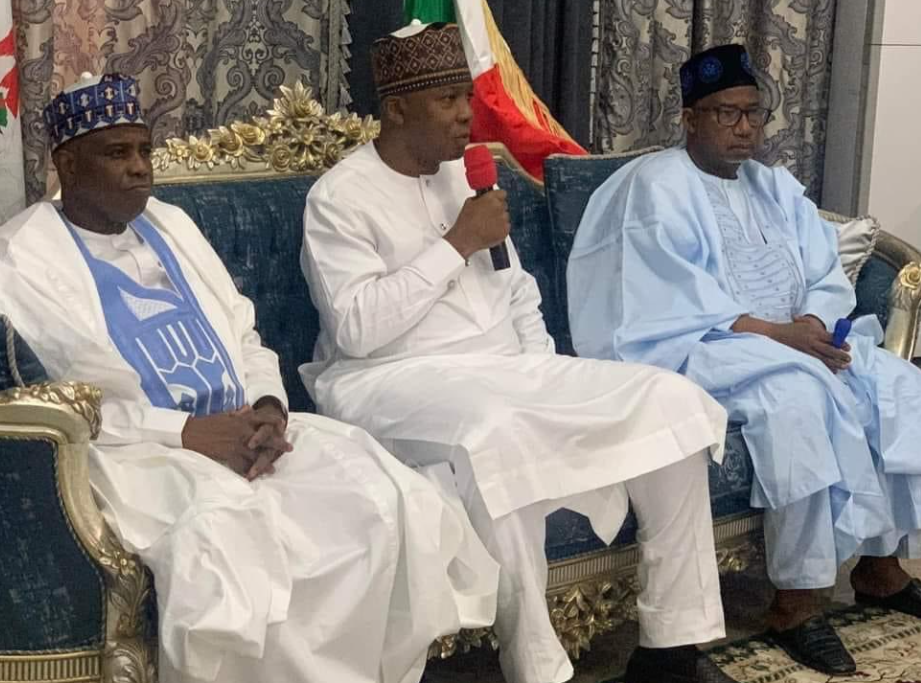 Bukola Saraki, former senate president, says some of the Peoples Democratic Party (PDP) presidential hopefuls from the north are ready for a consensus candidate.

It was reported that the PDP will hold its national convention on May 28 to elect a presidential candidate, while the governorship primaries will take place on May 21.

Ahead of the convention, the contentious issue is the zoning of the party’s presidential candidate amid the clamour for a southern flagbearer.

On Sunday, Saraki and Aminu Tambuwal, governor of Sokoto, paid a consultative visit to Bala Mohammed, governor of Bauchi state.

The three politicians are believed to be interested in clinching the PDP’s presidential ticket.

Speaking during the visit, Saraki said any of them is qualified to lead the country, adding that they have resolved to agree to a consensus arrangement to elect the party’s presidential flagbearer.

Saraki said they will also meet with former Vice-President Atiku Abubakar to brief him about their resolution.

“In doing so, we met and discussed that for 2023 ahead of us, the unity and stability of the country and the growth of the country is more important than individual ambitions,” NAN quoted him as saying.

“We also met to strive for the need for us to work together. We believe that the three of us are working together harmoniously, committed and with a lot of energy, there will be great hope for this country going ahead.

“At the end of the day, it is only one person that will lead this country in 2023; and we also resolved that we are going to work closely to ensure that we come out with a way that consensus arrangement would come among the three of us on how to go forward into leading this country.”