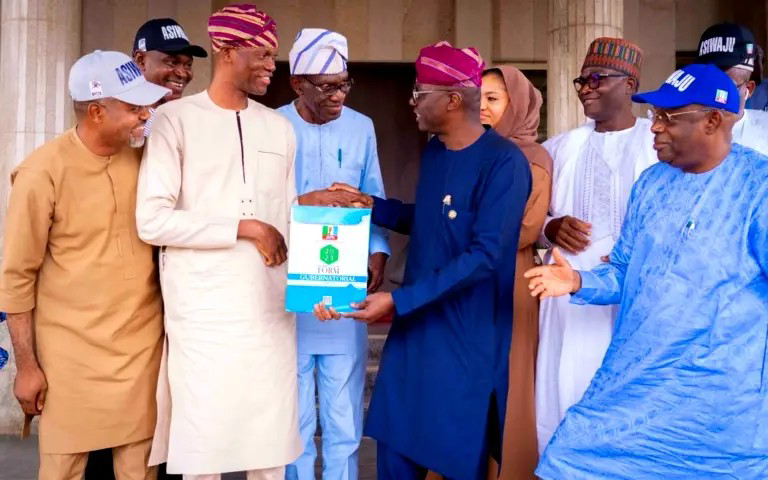 Lagos State Governor, Mr Babajide Sanwo-Olu, has picked his All Progressives Congress’ nomination form to contest for re-election in 2023.

The form was picked on behalf of the Governor by Hon. James Faleke in Abuja on Friday.

The governor’s Chief Press Secretary, Gboyega Akosile, disclosed this on his Twitter page on Friday.

According to him, the lawmaker representing Ikeja Federal Constituency at the House of Representatives, James Faleke, picked the forms on behalf of Sanwo-Olu.

He wrote, “The train is leaving the station. No one should stand in the way of progress. Two forms were picked today at the @OfficialAPCNg secretariat. Hon James Faleke picked on behalf of Gov @jidesanwoolu while former SGF Babachir Lawal picked on behalf of @officialABAT.”

Mr Sanwo-Olu is seeking another four years in office that will expire in 2027.

His re-election efforts are expected to be unchallenged within the APC.

The Governance Advisory Council (GAC), the highest decision-making body of the APC in Lagos, has reportedly endorsed Mr Sanwo-Olu.