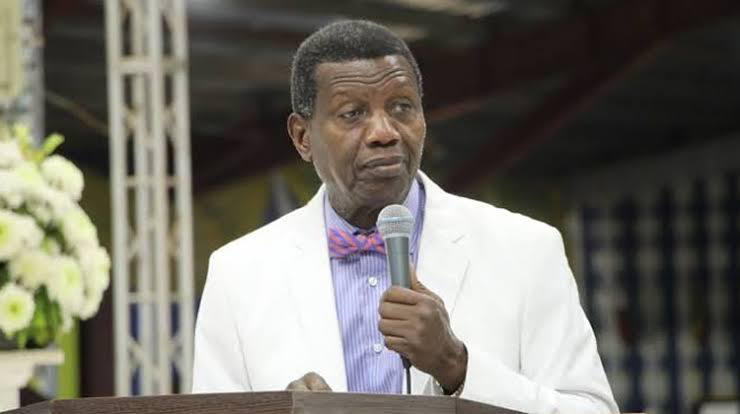 Pastor Enoch Adeboye, the general overseer of the the Redeemed Christian Church of God (RCCG), has established an office of Politics and Governance ahead of the 2023 general elections to “coordinate and support the engagement” of its church members “vying for political offices.”

The church disclosed this in a memo, dated 28th February 2022 and signed by Pastor J. F. Odesola, assistant general overseer, Admin Department, on behalf of Pastor Adeboye, to its pastors.

Pastor Odesola noted that the governance pastor of the church, Timothy Olaniyan (PICP Lagos Province 12) has been appointed to lead the office.

He further requested its pastors to appoint officers for the new office at all levels of the church in their various zones.

The memo reads: “We write to formally notify you that the mission authority has created the Office of Directorate of Politics and Governance in the RCCG. Further to this, Pastor Timothy Olaniyan (PICP, Lagos Province 12) has been appointed to lead the office:

“You are kindly requested to appoint with immediate effect a provincial officer for your province and also ensure that the same is done at all levels of the church zone, area and parish. The essence of this directorate is to help coordinate the engagement of our people who are willing to be involved in politics as well as mobilise support for them when required.

“Kindly send to the office of the undersigned details of your regional and provinces coordinators within the next two weeks of receiving this letter.

“May the good Lord bless you always in Jesus name, Amen”

The move comes amid the rumoured presidential bid of Nigeria’s vice president, Professor Yemi Osinbajo, who is a senior pastor of the church.

Osinbajo, a member of the ruling All Progressives Congress (APC) is said to be interested in securing the party’s presidential ticket, and many support groups have sprung up to campaign for his candidacy.

His alleged bid is, however, likely to collide with that of his political godfather, Asiwaju Bola Ahmed Tinubu, who has since declared his intention to run for president, which he said has been his lifelong ambition