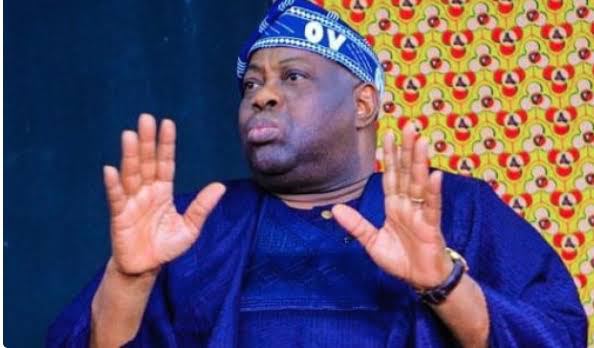 THE chieftain of the Peoples Democratic Party (PDP) on Monday dismissed the chances of Mr Peter Obi winning the South-West Region in the presidential election.

Obi, the presidential candidate of the Labour Party and ex-Anambra State Governor, has been gathering momentum recently with many young Nigerians holding rallies to boost his chances in the 2023 general elections. Under the aegis of ‘Obi-dients’, the youths believe Obi will replicate his success as Anambra Governor should he emerge as Nigeria’s President next year.

“Rallies alone will not win an election. I have no doubt that Peter Obi is a popular candidate but don’t forget the proximity of the South-East to Delta state. They are almost one and the same,” he said.

“We can make all the noise. You saw what happened in the last gubernatorial election in Osun state. There was no party outside those two (PDP and APC) that could make an appreciable impact.”

Momodu, who is also the PDP Director of Strategic Communications, said the 2023 presidential race is solely between his party and the All Progressives Congress (APC).

He admitted that Lagos State is the traditional base of the APC and its presidential candidate, APC. He, however, noted that the votes will be split between the ruling party, the main opposition, and the Labour Party because of the Igbo population.

“By the time you come to Lagos, which is the traditional base of Asiwaju and of APC, you’re going to split into three because of the preponderance of the Igbo community,” he said.

“There would be Asiwaju, followed by Atiku, and followed by Obi because there is a large number of Igbo people there and youth who believe in Obi. And that’s the most cosmopolitan state in Nigeria.

“But the moment you start moving into Ogun State, Oyo State, where PDP is king today, then you go to Osun State.