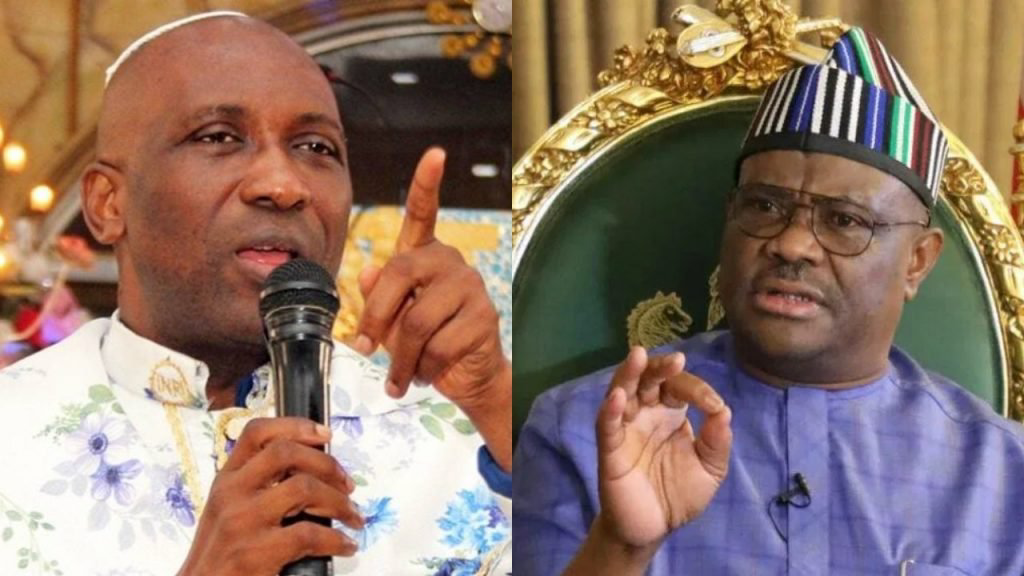 President Ayodele disclosed that Wike should pursue the vice-presidential slot because he can never become Nigeria’s President.

In a statement signed by his media aide, Osho Oluwatosin, Primate Ayodele advised the governor not to waste his money and energy on his presidential ambition rather, he should support a presidential candidate that he can deputize in the Peoples Democratic Party, PDP.

According to Ayodele: ‘’Governor Wike cannot become the president of Nigeria, he should pursue a vice president slot, he should not waste money and energy rather, he should support a presidential candidate that he can deputize.’’

He also warned the governor not to “shoot himself in the leg” because of his aspirations, while making it known that all power belongs to God.

The clergyman explained that God has a better future for the governor but if he isn’t careful, he will become a hindrance to God’s plans to be fulfilled.

“Try not to shoot yourself in the leg because of what you want to become in the PDP, take it easy, all power belongs to God, only Him can give you power, God has a better future for you but don’t hinder yourself,” he said.

‘’I’m not saying you should take my words, that’s what God has revealed to me, you need to get into the system so you won’t be a forgotten entity but not through the presidency. God will help you, He has promised you but don’t be the reason for those promises not to be kept, seek God’s face more.