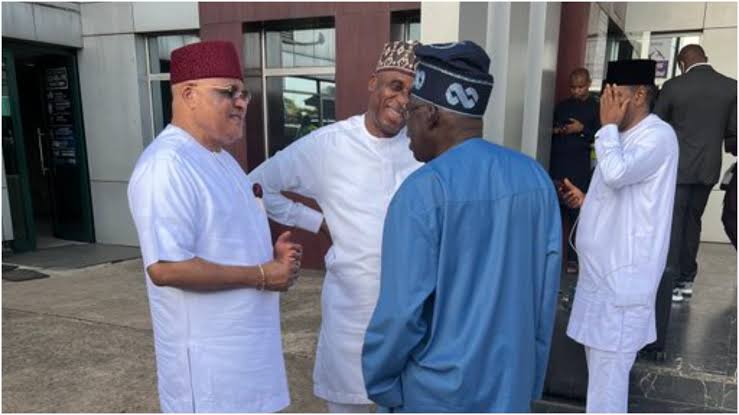 According to Tinubu’s spokesman, Tunde Rahman, both presidential aspirants met at the private wing of the airport in Ikeja.

In a tweet, Rahman wrote: “HE Asíwájú Tinubu and Hon. Minister of Transportation, Rotimi Amaechi, at a chance encounter at the private wing of the airport in Ikeja, Lagos this afternoon..”

Both Tinubu and Amaechi recently declared for the Presidency.

A few days ago, Amaechi had said Tinubu was qualified to rule Nigeria.

Amaechi spoke during his visit to the Lagos State Governor, Babajide Sanwo-Olu, at the Lagos House in Marina