2023: PDP Did Not Rule Wike Out Of VP Race – Spokesperson 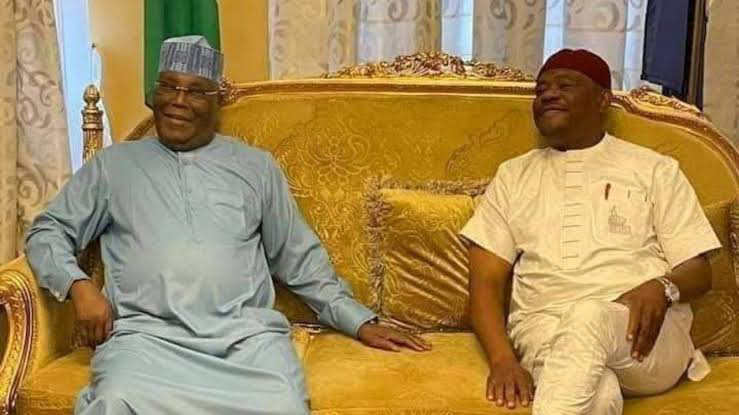 The Peoples Democratic Party has rejected reports that it has ruled out Rivers State Governor Nyesom Wike from becoming its Vice Presidential candidate in the 2023 elections.

“The attention of the Peoples Democratic Party (PDP) has been drawn to misrepresenting reports in some section of the media purporting that it had dismissed the reported emergence of Rivers State Governor Nyesom Wike as its Vice-Presidential candidate for the 2023 general elections,” a statement signed by PDP spokesperson, Debo Ologunagba, said.

“The said misleading reports quoted the National Publicity Secretary of the PDP. Hon. Debo Ologunagba as stating such while addressing some journalists in Abuja on Wednesday, June 15, 2022.

“For the avoidance of doubt, the National Publicity Secretary did not at any time address journalists on the said subject matter as quoted in the misinforming reports.”

The statement said the misrepresentation emanated from an interview Mr Ologunagba gave on a television show (not on Channels Television).

“In the course of the interview, the presenters requested some clarifications on reports in the media that the PDP had concluded its processes on its Vice-Presidential Candidate,” the statement said.

“In response the National Publicity Secretary stated that the PDP is a party of process and that consultations and discussions were still ongoing in the selection process.

“It is therefore mischievous to claim that the PDP National Publicity Secretary made any reference to Governor Wike. Clearly, such distorting claim in a section of the media is the design of mischief makers who are bent on destabilizing our Party ahead of the 2023 general elections.

“If anything, our Party reiterates its confidence in Governor Nyesom Wikes’s outstanding ability and commitment to the ideals and values of the PDP. His records of achievement as a Local Government Chairman, Chief of Staff to the Rivers State Governor, Minister of State for Education, currently Governor of Rivers State and the runner-up in the PDP Presidential Primary stand him out as possessing requisite qualities, qualifications, capacity and wide acceptability for the position of the Vice-Presidential candidate of our Party.

“The various positions creditably held by Governor Nyesom Wike distinguished him as an excellent team player in public governance.

“In fact, Governor Wike’s energy, brilliance, commitment and passion were acknowledged by the National Working Committee (NWC) of our Party and he is adjudged as the foremost candidate in consideration for the position of the Vice-Presidential candidate of the PDP.

“While the PDP notes the interest of the media and the public in our Party’s choice of Vice-Presidential candidate it is imperative to state that as an organic Party, all our processes will be followed through in strict adherence to our procedures before any official announcements.