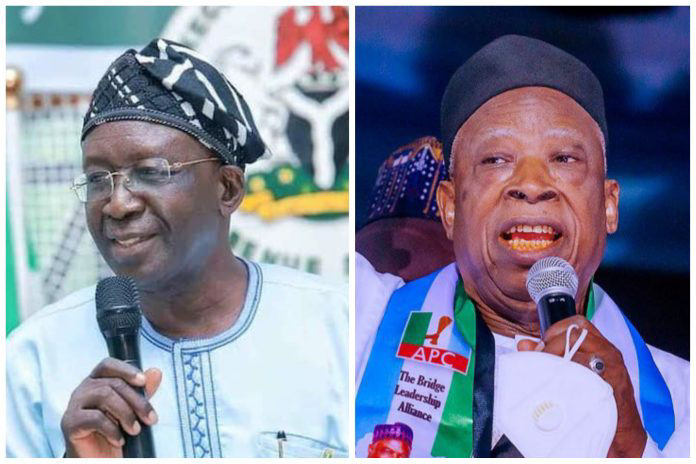 With less than 35 days to the Independent National Electoral Commission (INEC0 ‘s deadline for the submission of the list of candidates for the 2023 General Election, the two major political parties, the All Progressives Congress (APC) and the Peoples Democratic Party (PDP) have started preparing for the primaries, which will come to a climax with the presidential primaries.

In compliance with Section 29(1) of the Electoral Act, which states that political parties shall hold a primary and submit the list of candidates not later than 180 days before the general election, INEC set June 3 as the last date for the submission of the list by all political parties.

The PDP concluded its sale of nomination forms and scheduled its presidential primary for May 28 and 29. In all, there are 17 presidential aspirants who have undergone screening. The aspirants, who beat the deadline, were two-term governor of Kwara State and immediate past Senate President, Dr Bukola Saraki; former Vice President Atiku Abubakar; former Speaker, House of Representatives and incumbent Governor of Sokoto State, Aminu Tambuwal; former President of the Senate and former Secretary to the Government of the Federation, Anyim Pius Anyim.

PDP also appointed former Senate President, David Mark as the Chairman of the 10-member Committee appointed to screen all its aspirants. Other members of the committee include Celestine Omehia, Mike Ahamba and former Governor of Ondo state, Olusegun Mimiko.

The party has also released the names of other Chairmen and members of the Appeal Committees for all the contestants for the State Houses of Assembly, the National Assembly and Governorship elections

The presidential screening took place on Friday April 29, 2022, while appeal from the screening exercise will take place on Monday, May 2

Under the updated time-table of the PDP, the three-man Ad Hoc Ward Congress was fixed for last Saturday, April 30, 2022, while the Local Government Area National Delegates Congresses will now hold on Thursday, May 5, 2022.

APC began its sales of nomination forms on Tuesday, April 26, 2022. The exercise is scheduled to end on May 6, 2022. The sale of the forms ought to have commenced penultimate Saturday, but it was postponed.

The price of forms for persons seeking to contest for seats in state houses of assembly was pegged at N2 million, while the House of Representatives is N10 million and the Senate is N20 million. The presidential form is fixed at N100m and this has generated much criticism from the public especially political analysts who believe the cost of the forms are on the high side and may prevent genuine aspirants who may not have such a huge amount from realizing their ambition.

The party has fixed May 10 as the last day for the submission of completed forms.

The primaries for governorship, state Houses of Assembly, House of Representatives, and Senate are May 18, 20, 22 and 24, respectively.

A special convention for the presidential primaries is scheduled to be held from May 30 to June 1.

Neither the APC nor the PDP has stated the option it will use in conducting the primaries. The new Electoral Act has given the political parties three options and they include Direct Primary, Indirect Primary and the Consensus arrangement.

Section 84 (2) of the Electoral Act states that: “The procedure for the nomination of candidates by political parties for the various elective positions shall be by direct, indirect primaries or consensus.”

However President Buhari has warned against imposition of candidates reiterating remarks he made in an interview with Channels Television in January where he said he has no interest in who succeeds him.

But despite the enormous energy put into the project, their quest for a consensus candidate for the party, ahead of its presidential primaries, is looking more like a fruitless mission.

The proponents of the consensus arrangements, Saraki; Hayatudeen,  Tambuwal and Mohammed have been criss-crossing the length and breadth of the country to sell the idea of consensus to presidential aspirants and PDP governors, but former Vice President Atiku Abubakar, Dele Momodu and Mazi Sam Ohuabunwa are opposed to the consensus and they are insisting that all aspirants must face the party’s delegates in a primary election, which may be indirect.

“It is hereby resolved that  Gov Bala Mohammed from the North-East  and former Senate President  Senator Bukola Saraki from the North-Central be presented as the northern consensus candidates for the moment,” Abdullahi said.

He urged the  aspirants to work together and make allowance for further consultation to foster understanding among themselves, and the PDP community to ensure a primary in which all eligible candidates  would be free to exercise their rights.

But this was promptly rejected by other Northern PDP Presidential aspirants, including Tambuwal, Hayatudeen, and Atiku Abubakar.

Tambuwal said they had earlier agreed to drop the campaign, having realised that it could not work. Even before the consensus campaign of the four ended in fiasco, aspirants appeared to have all accepted the inevitability of a contest at the end of May in an indirect primary.

All things being equal, the PDP will use the indirect primary option, which has been its tradition since its inception

The question is whether the presidential tickets of both major political parties will be zoned to aspirants from any particular section of the country or not.

THEWILL recalls that last year the Southern Governors Forum had, during its meeting in Lagos, said the presidency should go to the South in 2023. The state governors who cut across the PDP and the APC said the rotation of the presidency to the South was sacrosanct because the North would have held the position for eight years at the end of President Buhari’s second term in 2023.

Prominent regional groups like the Pan-Yoruba Group, Afenifere, Ohanaeze Ndigbo, PANDEF and the Middle Belt Forum have also demanded that the next president must come from the South.

Although the APC has not officially announced the zoning of the presidential ticket to the South, it is worth noting that all the presidential aspirants are from the South except Governor Yahaya Bello of Kogi State, who is from the North-Central.

PDP and its zoning committee

The PDP, which has the tradition of zoning its major positions, especially the presidential ticket, set up a 37-Member Committee on Zoning led by Governor Samuel Ortom of Benue State. But the National Working Committee did not wait for the Committee’s report before selling nomination forms to all aspirants across the six geo-political zones.  All the presidential aspirants have also undergone screening. This has informed the view of many political analysts that the party has quietly thrown open its presidential primaries to aspirants from all parts of the country.