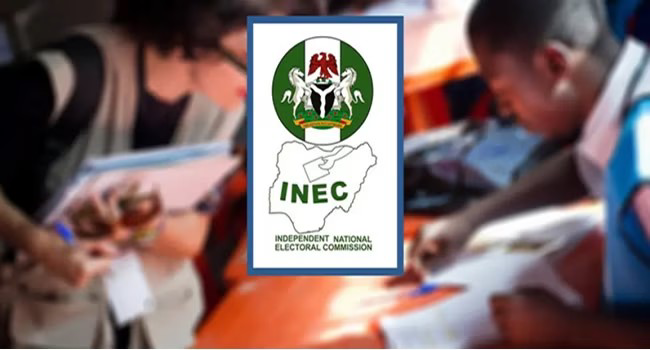 The Independent National Electoral Commission (INEC) has urged Nigerians to vote correctly for leaders needed to ensure the country’s future, by paying closer attention to the manifestos of the political parties ahead of the upcoming 2023 elections.

This was disclosed on Wednesday by the INEC Assistant Director (Planning and Programming) in the Department of Voter Education, Dorathy Inyang, during the final stage of the Voter Education Innovative Dragons’ Den Competition organised by Consortium for Elections and Political Process Strengthening and International Foundation for Electoral Systems in Abuja.

The project was organised for Nigerian civil society organisations to pitch innovative proposals for effective and inclusive voter education campaigns in the build-up to the 2023 general elections.

The commission also issued a warning that voters’ improper marking of the boxes or spaces on the ballot papers could have an impact on the final results of the election.

As a result, the commission warned voters to correctly cast their ballots for their favourite candidate or party or risk having their votes void.

She claimed that INEC was making a concerted effort to inform and educate the electorates on how to take part in the voting process successfully.

She said, “We have released the guidelines for the elections; even the list of candidates for the Presidential and National Assembly elections have also been released.

As a result, the commission warned voters to correctly cast their ballots for their favourite candidate or party or risk having their votes void

“It is going to have a setback on the outcome of the election because if a voter has a choice to make but while at the polling booth, he or she is unable to mark the ballot paper properly, something drastic would happen because that voter may lose his or her vote for their preferred candidate.

“This means they may likely allow another candidate to take over their winning candidate. So it is important that voters mark ballot papers correctly.”

Earlier, the Commission on Tuesday, disclosed that the Peoples Democratic Party (PDP) and the All Progressives Congress (APC) are two parties that have not yet turned in their audit reports from the most recent general election.