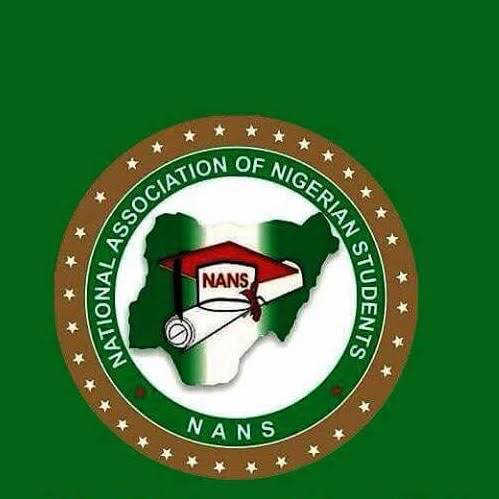 The National Association of Nigerian Students (NANS) has threatened to disrupt the planned primaries by the ruling All Progressives Congress (APC) and the opposition Peoples Democratic Party (PDP) “unless the Nigerian universities currently under lock and keys are reopened.”

Ahead of the 2023 general elections, political activities are already heightened in Nigeria as political parties plan to hold their party primaries in May to select their preferred candidates for various elective posts.

But in a statement issued on Sunday and signed by its president, Sunday Asefon, NANS condemned the rush for party tickets by politicians while the universities have been shut for almost three months.

He said it is unfortunate that while the Nigerian university students have been “condemned home for almost three months, those saddled with the responsibility of ensuring their academic wellbeing and sound education have the effrontery to obtain N100 million nomination forms.”

But the spokesperson for the APC, Felix Morka, said he could not comment on the threat since he was yet to see the union’s statement.

The statement read in part: “I am compelled to write this morning being the beginning of a new month to address the unending ASUU Strike. We have given mediators time to prevail on the Federal Government to resolve issues with ASUU and ensure our students resume to their different campuses but it seems all mediation failed or failing as the case maybe.

“We have also in the past weeks seen those saddled with great responsibility in the education sector and those saddled with responsibilities of resolving labour crises declaring interests to contest for the seat of the President come 2023. We are surprised by their effrontery and total disrespect to the Nigeria people for having the courage to even moot the idea of contesting talkless of picking up the N100 million naira presidential form while students languish at home because of their collective failures.”

NANS said politicians have clearly shown by their conduct that they are not bothered by the plight of Nigerian students.

The union said they are only busy “in their selfish and inordinate ambitions to become the next President.”

The statement added: “Let me say without mincing words, the two major political parties should forget any political gathering in Abuja or elsewhere except there is a solution to the lingering ASUU strike. We will frustrate all the activities leading to selection of party candidates if we remain on strike.

“We also want to advise the government and the politicians who are busy campaigning to be President to either resolve the ASUU crises or give direct orders to the security operative to shoot us at sight during party conventions to select presidential candidates. If we remain on strike, they should just forget it.”

NANS alleged that some student leaders have been compromised by politicians to frustrate its plans.

It said it has uncovered the plot and threatened to expose those within its ranks that are allegedly planning to sabotage the “struggle.”

“Because they know our plans and how fearless we are while pursuing the interest of the students, we are aware they have bought some acclaimed student leaders with no conscience and no honour to divide us. Our advice is very simple, no matter how much any acclaimed student leaders are paid by their paymaster, they should return it immediately because the wrath of the students won’t spare them…,” NANS threatened.

It said whoever betrays the union would be fished out and treated like a saboteur. It said the only way to achieve peace in the country would be the immediate reopening of the universities.

Mr Asefon said it was unfortunate that the lecturers at the polytechnics are also set to down tools. He advised the President Muhammadu Buhari-led government to quickly ensure the reopening of the universities “or forget about the election.”

“You can imagine all the workers’ unions in the universities are on strike and those at the polytechnics are also warming up. Yet, these politicians are only interested in the election. This is not only condemnable but also unacceptable,” Mr Asefon told PREMIUM TIMES.

In a telephone interview with PREMIUM TIMES’ reporter, the APC spokesman, Felix Morka, said he could not react to the development.

“So I cannot react to such a claim because I am not aware of the statement by NANS,” he said on the phone

Meanwhile, efforts to get the reaction of the PDP were unsuccessful as the telephone line of its spokesman, Debo Ologunagba, was not reachable and the message sent to the number was not replied as of the time of filing this report.

Nigeria’s university workers’ union had embarked on strike over various issues including the non-implementation of agreements signed with the government as far back as 2009, and the alleged imposition of the Integrated Personnel Payroll and Information System (IPPIS), a platform designed by the government for the payment of workers’ salaries and allowances.

The Academic Staff Union of Universities (ASUU) commenced its strike on February 14, and has continued to roll it over till date.

The non-academic staff under the umbrella of the Senior Staff Association of Nigerian Universities (SSANU) and the Non-Academic Staff Union of Universities and other Allied Educational Institutions (NASU) also later announced its strike, which has entered its sixth week.

The unions have alleged the government of not responding to their demands, and have vowed to continue staying off their duty posts until the demands are met.