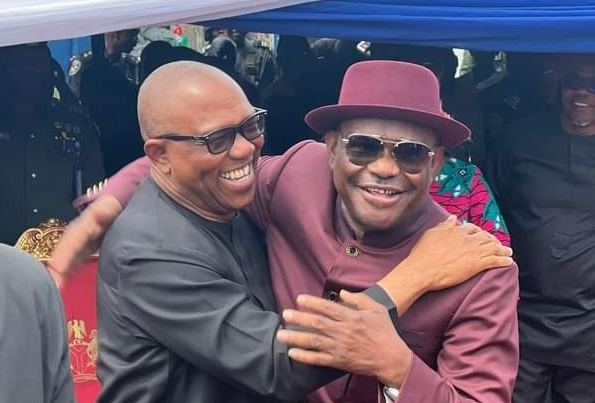 Peter Obi, presidential candidate of the Labour Party (LP), has asked Nyesom Wike, governor of Rivers, to support his bid for the presidency.

Obi said this on Thursday during the inauguration of the Nkpolu Oroworukwo flyover in Port Harcourt, the Rivers capital.

The LP candidate said he will ensure better opportunities for Rivers state if he’s elected president.

“I will talk to my people and we will negotiate. If we leave the state for him (referring to Wike), he will leave the federal for us. We will negotiate it. We know you’re in charge,” Obi said

“We will not quarrel with you. Anybody who quarrels with you doesn’t know what he is doing. I will not try it. I’m begging. Please give us this one and take the other one. We will leave for you. I will accommodate them in the other one.

“I assure you of our commitment to build a better Nigeria. Our past will not be our future. I and Datti represent the future of Nigeria. I have told Nigerians to hold me responsible. I will not give excuse. I know the problems of Nigeria.”

He commended Wike for his performance in Rivers, adding that Port Harcourt has the potential to be the “export city” of Nigeria.

He advised Wike to remain consistent in his principles, and said if the Rivers governor supports LP, the party’s chances will be improved in the 2023 elections.

“Remember this agreement today. I’m kneeling down and begging. Take this one, give me this one. I assure you the one I will take, I will use it to ensure that Rivers state becomes greater and better,” he added.

Obi’s plea comes amid the crisis in the Peoples Democratic Party (PDP) which has seen Wike refusing to support Atiku Abubakar, his party’s presidential candidate.

Wike and his allies — which include four other governors — have excluded themselves from the PDP presidential campaign on the grounds that Iyorchia Ayu must resign as national chairman.

According to the PDP stakeholders calling for Ayu’s resignation, the party chairman and presidential candidate cannot be from the same region