2023: Interim government in place of election a call to anarchy – Uzodimma 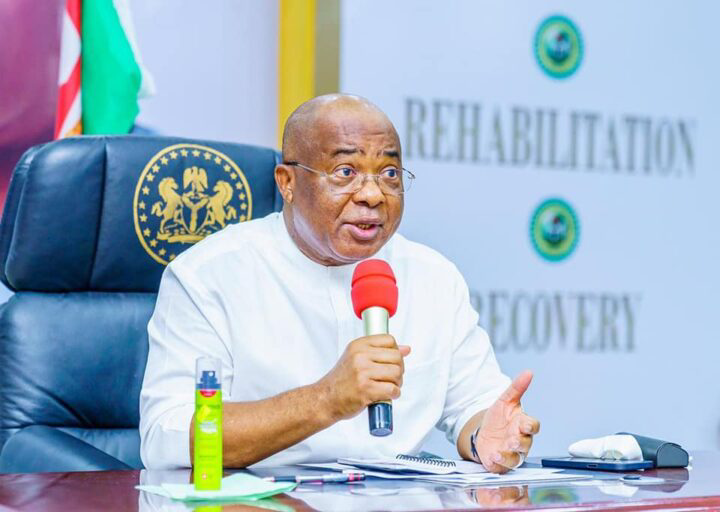 Hope Uzodimma, Imo state governor, says the call for an interim government at the end of President Muhammadu Buhari’s tenure will create “room for anarchy”.

Afe Babalola, founder of Afe Babalola University, Ado Ekiti, had on Monday said instead of holding elections in 2023 after Buhari’s term ends, an interim government should be formed to steer Nigeria in a new direction.

He said the 2023 elections should be suspended, while an interim government should be in office for six months to develop “a new-look peoples’ constitution which should provide for part-time legislators and non-executive president”.

Commenting on the proposal during a chat with state house correspondents on Tuesday, the Imo governor said the Nigerian constitution has no room for an interregnum.

He said: “By May 29, if there is no elected government, our constitution has not provided for an interregnum. There shouldn’t be a gap, otherwise, you are creating room for anarchy.”

While questioning the criteria that would be used to select an interim government, Uzodinma said those expressing such opinions that affect the constitution must go through the national assembly.

“What will be the process of selecting the interim government because, after May 29, the president may not have constitutional powers to function as a president anymore? So, I don’t think we will decide to abandon our constitution,” he said.

“The constitution is like a bible. For some of us who are Christians, the bible is the manager of our faith. So, the constitution should be the instrument guiding our actions as a country.

“If you think there is an opinion that is worthy to be canvassed superior to what is in the Nigerian constitution, such opinion should be taken to the national assembly and they will through due process amend our constitution to factor in such an opinion

PREVIOUS POST Wike: If Ganduje was running for president, I would have withdrawn from the race
NEXT POST Bode George: PDP will be defeated in 2023 if it doesn’t zone presidential ticket to south