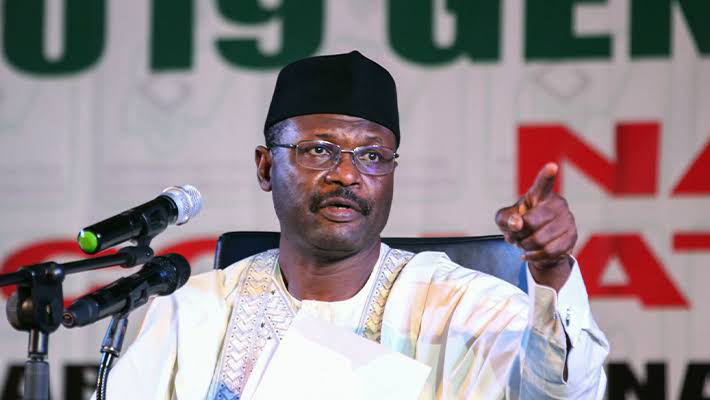 Yahaya Bello, FCT INEC Resident Electoral Commissioner, REC, made the call at the Stakeholders Interactive Session in Respect of the Forthcoming Political Party Congresses and Primaries in Abuja.

According to Mr Bello, the call became imperative because a good and credible election begins with a transparent and credible part primaries crowned with internal democracy.

He recalled that during the just concluded FCT Area Council Election, the results of some primaries conducted were very seriously contested and challenged in litigations that went all the way to the Supreme Court.

“This put the commission under a lot of strain and stress and the political parties as well.

“We wish to therefore passionately remind all political parties that they are supposed to be very critical stakeholders and partners of INEC and should join in our zeal to entrench and sustain democracy in the nation.

“Political Parties are, therefore, urged to play their expected part by ensuring that party internal democracy is very well orchestrated by making your congresses and primaries more transparent, fair and acceptable by your members.’’

Bello said that the party congresses and primaries were billed to start on April 4, 2022 to June 3, 2022 to enable all parties to practicalise their internal democracy as required by section 84 of the Electoral Act, 2022 as amended.

He said that there was also need to bring some burning issues to the attention of political parties .

He said that the stack of uncollected Permanent Voter Cards, PVCs, in INEC’s custody dating as far back as 2019 registration exercise was worrisome.

The REC said that apart from the space being consumed in storing the PVCs, there was also need to consider the huge amount of funds expended in their production.

Mr Bello said that there was also the issue of then congested Polling Units, with number of voters ranging from 100 to 300 that prompted INEC to expand the voter access polling units by creating other Pus at close range.

He said that unfortunately, this had largely resulted in the problem of zero Pus, a situation where the Pus existed bit without any registered voter .

“We would crave your indulgence to assist in educating the masses on the need to opt to be moved to the new Pus.

“This is to decongest the existing crowded ones and make voting faster and less cumbersome during elections.’’

Bello said that it was disheartening to note the near absence of tangible number of registered voters at polling stations on Election Day.

He therefore called on political parties to assist INEC in sensitizing the electorates to ensure that all these challenges identified were curbed ahead of the 2023 elections.

Bernard said that the Police Force and other security agencies would still remain friends of electoral stakeholders in the forthcoming elections.

“ You saw our deployments, last week, the national chairman of INEC was pleased because of the conduct of the area council election in the FCT.

“It goes to all of us, you saw like deployments, once you play by  the rules, we don’t have problem with you.

“Play the game by the rules, the security agencies have no problem with you, we are  going to support democracy.

“We have agreed to make sure that democracy succeeds in Nigeria and we are going to assist and do whatever we can to ensure  security before ,during and after every elections in Nigeria.’’

Igwe said that the police had already mapped out its plans to ensure security and property in the FCT during the 2023 elections and advised political parties to be clear on their representatives.

A representative of the National Orientation Agency, FCT Directorate (NOA), Mr Nnamdi Ekeoba, said that NOA had been partnering with INEC throughout all the electoral processes and activities.

Ekeoba said that with NOA’s presence in all the six area councils had made it possible to reach the masses across FCT.

“We have been doing our best to sensitise the voters especially in this ongoing continues voters registration exercise.