2023: I won’t retire from politics until I become Nigeria’s president – Tinubu 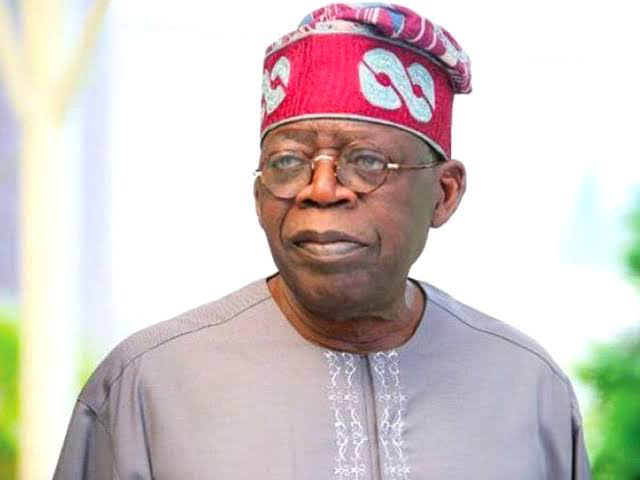 Presidential aspirant of the ruling All Progressives Congress (APC), Bola Ahmed Tinubu, says he will not retire from partisan politics until he becomes Nigerian President

Tinubu disclosed this on Tuesday while canvassing for the votes of the party’s delegates in Makurdi, the Benue State capital.

The APC National Leader said he would bring the experience he garnered as the governor of Lagos State between 1999 and 2007 to bear on the governance of the country if elected.

“I won’t retire from politics until I am the president of Nigeria. I will bring the experience of my leadership in Lagos state as a Governor to bare on my leadership style in Nigeria,” he said.

“Youths of Benue, be determined to get your PVCs (Permanent Voter Cards) revalidated. I’m with you and my other colleagues here are with you as well as many others who are not here are with you to ensure your posterity and the hope of a united prosperous Nigeria is yours.

“So, we are of age and if you want us to retire soon but I won’t retire until I become president of Nigeria.”

The former Lagos state governor insisted that he is the best man for the job and will surely win the presidential election irrespective of who becomes the candidate of the opposition Peoples Democratic Party (PDP).

There’s no contest between me and whoever will emerge as the candidate of opposition PDP,” he stated.

The APC National Leader assured that if and when elected as president of the country, he would run a transparent and open government.

“I guarantee you that I will run a transparent, open government. Nigeria is rich. What we need is to redirect our resources and channel them in the right direction,” he said.

Earlier in a remark, Sen Kashim Shettima while extolling the virtues of Sen JS Tarka as leader and emancipator of the minority interest groups in Nigeria, insisted that Asiwaju Tinubu is the right person to take Nigeria to the promised land.