2023: I have no son grown enough to challenge me, says Tinubu 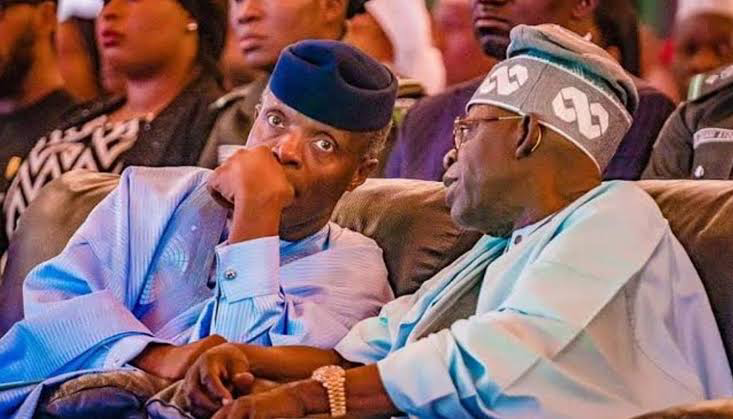 Bola Tinubu, the National leader of the All Progressives Congress, on Monday, said he has no son grown enough to declare for the 2023 presidency.

Tinubu stated this while responding to a reporter who asked him about the recent declaration by Vice President Yemi Osinbajo.

The reporter said: “Your son (Osinbajo) has just declared for the presidency.”

However, Tinubu replied by saying: “I have no son grown enough to declare”.

The former Lagos Governor spoke after a meeting with Governors who are members of APC.

He explained that discussions during the parley centered on his ambition to lead the country from 2023.

Tinubu said: “My mission is to seek the collaboration, encouragement, and support of my party, the APC, for my ambition and mission to become the president of the Federal Republic of Nigeria.”