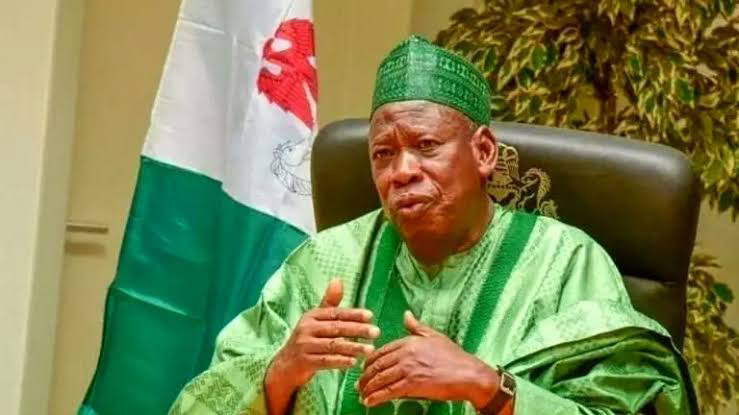 Kano State Governor Abdullahi Ganduje has withdrawn from the race for the Kano North senatorial seat to appease his opponents in the All Progressives Congress (APC).

Mr Gandue’s withdrawal paves way for the renomination of the incumbent senator for the district, Barau Jibrin, one of the principal challengers of Mr Ganduje for the leadership of the APC in the state.

The APC scribe in the state, Zakari Sarina, who confirmed the development, said there has been substantial understanding across the board in the party.

“Yes there were tangible understandings between the duo and soon everybody will know this position,” he said.

Kano APC has recently faced an exodus of key leaders into other political platforms.

The governor has now succumbed to pressure to allow some of his rivals to retain their offices, such as Mr Barau.

It was reported that the two and other high ranking APC members had been meeting in Abuja where the governor threw in the towel on his intention, in the interest of peace in the party.

Prior to the pact between the groups, Mr Jibrin wanted to join in the defections from the APC to another party