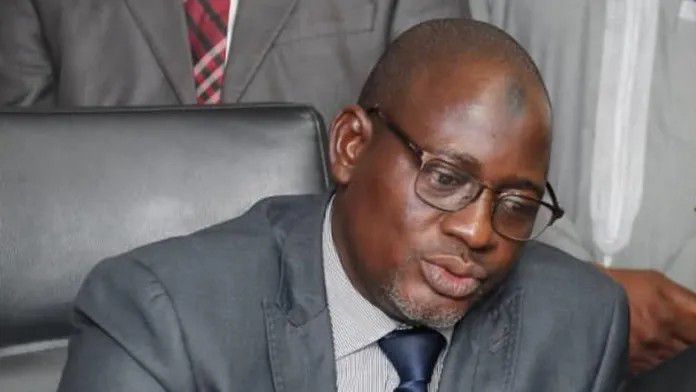 The Federal Inland Revenue Service, FIRS, has recommended tax compliance as a prerequisite for clearing aspirants to contest elective positions.

The Executive Chairman of FIRS and Chairman, Joint Tax Board, JTB, Muhammad Nami made the recommendation at a meeting with the Independent National Electoral Commission, INEC, in Abuja on Tuesday.

The meeting was also attended by the Chief Executive Officers of the Code of Conduct Bureau and the Independent Corrupt Practices and Other Related Offences Commission, ICPC.

The meeting was aimed at strengthening collaboration among the agencies to ensure tax compliance among candidates in the upcoming elections.

According to Mr Nami, there is a need to promote measures aimed at strengthening the capacity for sustainable and inclusive tax administration in the country.

He said that whoever does not pay tax should not be given taxpayers money to superintend.

“It is important that political office holders pay their right taxes to enable the tax agencies to channel the funds for national development.

“Tax payment has become a secondary matter because some of us are benefiting from social amenities achieved from money from oil,’’ he said.

While emphasising that tax revenue was the most effective and sustainable way of generating funds required to drive the social economy, Mr Nami called for a reorientation that would make every income earner pay tax.

“The challenge we face as a nation is that the tax Gross Domestic Product (GDP) in Nigeria is about the lowest in the whole world.

“We must get our tax right. We must have a reorientation or reconstruction of our tax code.

“Tax compliance is a constitutional obligation and it is our duty to ensure that every eligible citizen pays his or her tax promptly and accurately.

“The 2023 election presents an opportunity for us to ensure the effective compliance of every political actor to showcase his tax agenda as part of the prerequisite for 2023 elections,” Mr Nami said.

He further said that anyone whose tax status was not in harmony with their declared records should not be entrusted with public office.

“Tax compliance, therefore, should be approved for holding political office as this is a global practice,’’ the FIRS boss said.

On his part, the INEC Chairman, Prof. Mahmood Yakubu said “no specific law makes it mandatory for candidates for election to present evidence of payment of tax before they could contest the election”.

He, however, pledged INEC’s commitment to relevant agencies to ensure that public office holders complied with Nigeria’s constitution and relevant laws, including payment of tax.

“There is no specific law that makes it mandatory for candidates for election to present evidence of payment of tax before they can contest.

“But we understand the importance of this collaboration and we will collaborate with you.

“All candidates for elected offices are required to complete the INEC nomination forms and to swear to an affidavit that they have fully and faithfully provided the requisite information to the commission.

“We will collaborate with sister agencies to provide whatever information you require to facilitate your constitutional roles.

“Leadership comes with enormous responsibilities at both the executive and legislative levels, and persons entrusted with that responsibility must respect the constitution and laws of this country.

“And that is why agencies responsible for ensuring compliance with the constitution and laws of this government just like INEC have fully supported,” Mr Yakubu said.

The Chairman of ICPC, Bolaji Owasanoye, said that “false records presented by some public office holders is reflecting in the kind of governance in some places”

PREVIOUS POST ‘I Am Under Hostage’, Okorocha Reacts To EFCC’s Presence At His Premises
NEXT POST CBN Raises Interest Rate For First Time In Over Two Years To 13%