2023: Enough of gaining highest votes from Rivers for nothing, Wike tells PDP 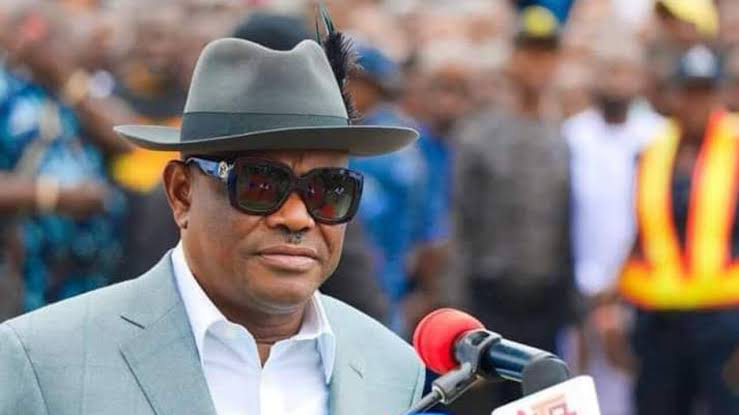 GOVERNOR Nyesom Wike says Rivers State under Peoples Democratic Party (PDP) rule has learnt enough bitter lessons from showing commitment to garner highest presidential votes to the party during elections and end up not being appreciated for their efforts.

Wike who expressed the concern at the commissioning of Etche Campus of Rivers State University in Etche Local Government Area, also urged those concerned for his life over his hardline in the crisis rocking the PDP not to be afraid, as God, he believes, would not allow fellow humans to kill him.

Stressing that Rivers PDP can’t give her votes free anymore, the Rivers governor declared, “When they (unnamed PDP bigwigs) were going to negotiate with Buhari in 2019, they negotiated with Buhari, that’s why Buhari won election. They came to me and I said no negotiation; PDP must win.

“Since 1999, I want Rivers people to always reflect on this, to ponder over it. Since 1999, we brought the highest votes for the Peoples Democratic Party. Since 1999, I challenge any state to say they brought more votes than Rivers State.”

Since 1999, I challenge any state in terms of support for the PDP, which state has given much support than Rivers State. Since 1999, show me one federal project in Rivers State

If you want our votes, tell me what do you give to Rivers State. Nothing can be for dash again.

“Tell us what you are going to do for the people of Rivers, not for me. There is nothing any of them can do for me. I am interested in my state, nobody can buy me. Have I not been a minister before? So, what are you now going to entice me with as a person? Nothing. If you don’t tell me what the state will gain, then forget me.”

On fears for his life, Wike boasted, “No amount of intimidation, no amount of threats. This government fought us but we survive. Most of them who are talking now, if this Federal Government had descended on them, they would have crumbled.

“If you are a Rivers man, you don’t need to be intimidated by anybody…We must take our rightful position. So, nobody should be worried. Intimidating me? Some people tell me, ‘Oh, be careful, they will kill you’. Kill who? Who told you, you will not die first?

“Those of you who are panicking, you don’t need to panic. I have God, what are you afraid of? They have chased us, they fought us but today we are standing very strong,” Wike said when he commissioned the Etche Campus of Rivers State University in the Etche Local Government Area of the state.”

Meanwhile, as stakeholders continue to negotiate mm interest and terms across alliances over the lingering PDP crisis, some governorship candidates have reportedly moved into Port Harcourt in a bid to meet Governor Wike.

While Wike and allies were commissioning state projects in Echte, a viral video that started trending Tuesday afternoon showed Lagos PDP Governorship Candidate, Dr Abdulazeez Olajide Adediran Jandor and Ogun State counterpart, Hon Ladi Adebutu Kensington LADO alighting from a flight at the Port Harcourt Airport, as they breezed into the Rivers state capital for a reported meeting with Wike.