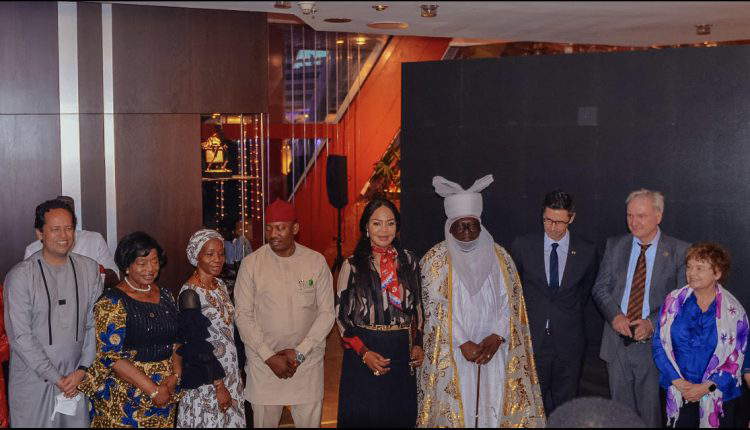 The UN Women and the Government of Canada’s ADVANCE project seek to promote women’s participation in the 2023 general elections and beyond, including the appointment of women into leadership positions in Nigeria.

The UN Women Country Representative to Nigeria and ECOWAS, Ms. Comfort Lamptey, said that “the ADVANCE Women’s Political Participation in Nigeria” is within the ongoing Constitution review process and the background of extreme low participation and representation of women in politics in Nigeria.

“The objective of the ADVANCE project is to strengthen Nigerian women’s inclusion and representation in decision-making and public life. Building on the groundwork laid by UN Women and partners to support legislative reforms, including the constitutional review process, the program will intensify efforts to pass gender-progressive legislation and strengthen the capacities of women aspirants, candidates, and women elected political office,” She said.

Ms. Lamptey noted that “the Advance program will be implemented in the Federal Capital Territory (FCT), Kaduna State, Kwara State, Borno State, Ekiti State, Ebonyi State, and Cross River State, for over four years starting from March 2022, covering pre, during and post-2023 elections. It will further apply lessons learned from previous political and electoral cycles to support effective coordination among multiple stakeholders and partners to enhance this work schedule.”

According to the Acting High Commissioner to Canada, Kevin Tokar, “the four-year project with a budget of eight million US Dollars, will train and mentor women to take part in political and election process, to increase the number of women voters, candidate and elected officials at the federal, state and local level.”

Tokar said the project would also support the capacity of legislators, electoral bodies, and political parties to enact gender-responsive laws and policies that promote gender balance in a political leadership position.

“Canada is proud to support efforts to raise the voices of women political legislative spaces in Nigeria, we firmly believe that increased political participation by women ultimately leads to increased prosperity, peace and security for all Nigerians.” The Acting High Commissioner added.

“We know very well that we have to do our best within the UN system. I pledge to you we will, and we are in this respect inspired by our Secretary-General, as you know he set out on his first term in office to achieve parity at the leadership level. Two years earlier than expected at the leadership level within the UN system there is 50/50 that is shared between men and women and this should inspire us all. On that basis, we can credibly urge Nigeria to follow the trend. I want to pledge continuity that we will do everything possible to convene dialogue that promotes women participation in Nigeria”.

The International Monetary Fund, (IMF) Resident Representative Office for Nigeria, Mr. Ari Aisen, also said that “studies that we have conducted at the IMF, have shown that Gender equality and higher participation of women in decision making and men in economic activity are critical for inclusive economic growth and development. Nigeria’s economy and decision-making are set to benefit from much higher participation of women greatly; let’s collectively stand for what is morally right and economically right.”

The High-Level HeForShe Forum aims to discuss and promote an inclusive society through the interventions of the National Assembly in the Constitutional Review Process.