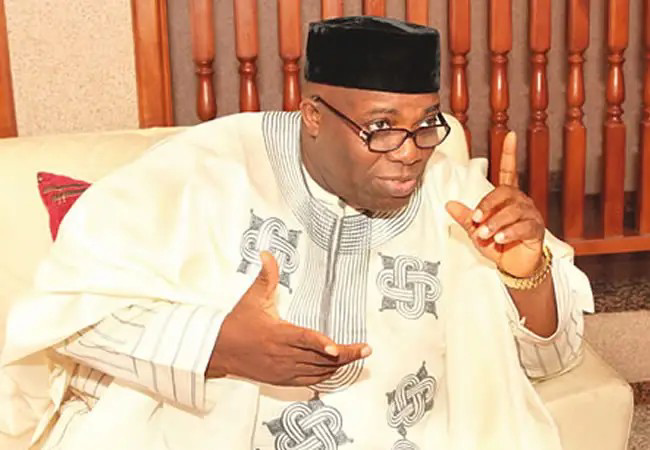 A former aide to former President Olusegun Obasanjo, Dr. Doyin Okupe on Wednesday announced his withdrawal from the 2023 presidential race and declared his for the aspiration of former Governor of Anambra State, Dr. Peter Obi.

Okupe, who made the declaration while addressing newsmen in Abeokuta, the Ogun State capital, said, the move was to ensure equity, justice, and fairness between the Northern and Southern parts of the country.

Speaking on zoning arrangement of the presidential ticket in the Peoples Democratic Party (PDP), Okupe said “I observed that the leadership of the PDP seems to be driving us all towards a fait accompli. The most central consideration concerning the presidential primaries is the issue of zoning”.

“The matter has been referred to a committee of 37 members with a member each from every state of the federation and the FCT Abuja. One would have expected that the mandate of this committee would be such that it would discharge its duties and report to the NEC of the party within a maximum of 5-7 days. Sadly, this has not been so”.

“It is clear to me that those at the helm of affairs of the party are trying to hoodwink those of us aspirants from the South to commit ourselves to obtain the requisite forms before coming up with the original position that ‘every zone can contest the presidency’”.

“This position is politically fraudulent, unjust and inequitable”.

” As a politician, I have come to accept the ill-defined zoning arrangement, and still forge ahead with my unrepentant call for a rotation of power to the South”.

He added that his position was in line with the position of the Afenifere.

“We Yorubas, right from the time of the late Premier of the Western Region, Chief Obafemi Awolowo, have always stood for honour, integrity, truth and justice no matter the situation”.

“The Action Group which was largely a Yoruba political platform was used by the leadership to fight for justice and oppose injustice everywhere in the country”.

“This was the basis of the cooperation of the Action Group with the UMBC in the middle-belt, and similar groups in the mid-west and Calabar”.

“It is this spirit of fairness, forthrightness, and courage that made the Yorubas embrace the Afenifere, which was neither a mass movement, nor a political group. It was an association of men and women who stood for truth, equity and justice”.

“This is an heritage we the Yorubas must not allow to be diluted in the presence of so much shenanigans and political dishonesty and lack of integrity that has become the hallmark of our new political ethos.

“In aligning myself with the wish of our elders and in the interest of equity and justice, I publicly admit that the 2023 political race must be conceded to the South-East; that is, the Igbos”.

“I, therefore, here and now proclaim that I am, as I have said publicly several times, withdrawing from the presidential race and I am declaring my support for the best aspirant not only in Igboland, but in Nigeria as a whole”.

“I and my supporters within and outside the PDP are teaming up with His Excellency, Peter Obi”.

“At the same time, I want to enjoin all other aspirants from the South; Chief Dele Momodu, Senator Anyim, and His Excellency, Governor Nyesom Wike to come with me and let us team up with Peter Obi. So we can give the South the best possible chance”.

“For the avoidance of doubt, I am not fanning the embers of division, rather I am by this action lightening the torch of unity by establishing political stability on the pillars of truth and justice upon which the Bible tells us that even the throne of the Almighty God is founded”.