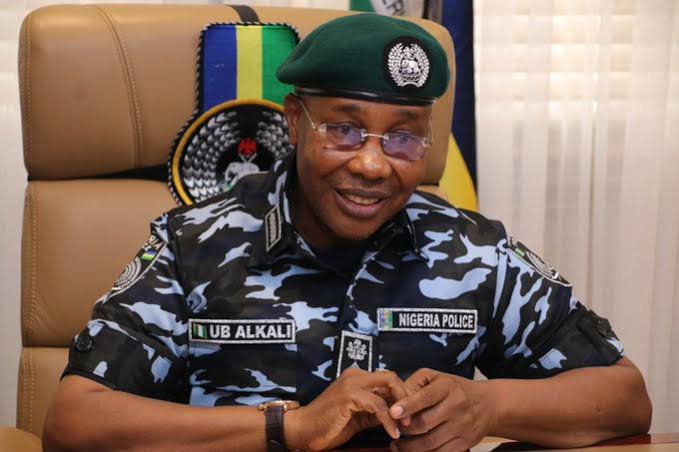 The Inspector General of Police, Usman Alkali Baba, on Thursday said some State Governors are promoting political violence ahead of the 2023 elections.

He made the comment while speaking at a meeting with political parties and other stakeholders at the force headquarters in Abuja.

According to the IGP, the police have been receiving reports of some State Governors “who encourage political thugs and sub-national security outfits under their control to disrupt seamless and statutorily guaranteed campaign activities of parties or candidates with whom they hold opposing political views.

“In so doing, they deploy their powers and influences to either prevent the mounting of campaign bill boards or pull them down, while also denying political opponents of spaces to undertake their campaigns or peaceful political congregations in contravention of the provisions of the Electoral Act 2022.”

The police chief said the force was putting in place measures to combat all forms of political violence ahead of the election season.

Some of the measures include heightened intelligence activity and increased deployment of security teams to all INEC assets and facilities nationwide.

The IGP also vowed to promptly arrest and prosecute persons found to have perpetuated electoral violence.

Read the IGP’s full speech at the meeting below:

SPEECH BY THE INSPECTOR-GENERAL OF POLICE, IGP USMAN ALKALI BABA, psc(+), NPM, fdc, NEAPS, CFR AT MEETING WITH POLITICAL PARTIES AND OTHER STAKEHOLDERS IN PREPARATION FOR THE 2023 GENERAL ELECTIONS AT THE FORCE HEADQUARTERS ABUJA ON THURSDAY, 17TH NOVEMBER, 2022

Protocols
I welcome you all to this critical meeting between the Nigeria Police Force and strategic leaders across national security and intelligence agencies and the leadership of all the eighteen (18) registered political parties in the country. I wish to particularly thank you all for your attendance, granted the short notice which of course was informed by the critical nature of the issues to be discussed.

2. This meeting became expedient following a noticeable trend within the national political space which, if not promptly addressed could evolve into a potent threat to not just our national security but the electoral process. Drawing from the experiences of the past, electoral violence both in the process leading to an election as well as the fall out of elections, has always constituted the most dangerous threat to our democracy.

3. Political violence manifest in three forms. First is violence that is targeted at the personnel and assets of the Independent National Electoral Commission (INEC) as recently witnessed in Ogun and Osun States. The second form of political violence manifests in form of inter-party intolerance and violence which often become particularly pronounced during campaigns, elections, and post-elections phases. It is on record that not less than fifty-two (52) cases of such politically-motivated, intra, and inter-party violence has been recorded across twenty-two (22) states since the official commencement of campaigns for the 2023 General Elections on 28th September, 2022.

4. The last form of political violence relates to the conduct of some State Governors who manifest traits of political intolerance which often inflame political tension. In this regard, we have been receiving reports of some State Governors who encourage political thugs and sub-national security outfits under their control to disrupt seamless and statutorily guaranteed campaign activities of parties or candidates with whom they hold opposing political views. In so doing, they deploy their powers and influences to either prevent the mounting of campaign bill boards or pull them down, while also denying political opponents of spaces to undertake their campaigns or peaceful political congregations in contravention of the provisions of the Electoral Act 2022 (As amended).

5. Most of the recorded violent incidents or threats often result from political extremism, misinformation, intolerance, wrong political orientation, hate speeches, incitement, and, most importantly, the desperation of strategic actors within the political field who often place their parochial political ambitions over and above national security interests and our nation’s stable democratic order. Such actors, usually give a wrong direction to their party faithful, arm them, re-orient them and encourage them to resort to the use of threat, violence, and other extra-legal means to frustrate competing political parties and impose their own faulty perception of politicking.

6. Even more worrisome is the fact that just about a month ago, the aspirants in the eighteen (18) political parties publicly made a firm commitment to the nation to maintain peace and abide by rule of law and the Electoral Act in their political activities with the signing of the Peace Accord on 29th September, 2022.

7. To complement this, Mr. President had at various global and national platforms openly affirmed his commitment to deepen our democratic journey by encouraging the virtues of a peaceful electoral process in which the interests and wishes of the electorates take pre-eminence. This, ladies, and gentlemen, is the foundation of democracy, and a deviation from this standard can only engender chaos within the national security space and threaten our democratic heritage.

8. During the emergency meeting of the Inter-Agency Consultative Committee on Election Security (ICCES) on 11th November, 2022, the issue of violence within the political space was extensively discussed and it was recognised that that there was an urgent need to adopt an all stakeholders approach towards nipping the trend in the bud.

9. In furtherance to this resolution, this meeting is, therefore, convened with the main agenda of engaging the political parties’ leadership on this trend and to present a common front in addressing it in the overriding interest of our national security and democracy. In so doing, I must clearly emphasise that violence goes beyond politicking, it is a crime that is well captured under extant criminal laws, both in its planning and execution.

10. If political thugs are armed with any sort of weapons and inspired by any political actor to advance an illegal act including attacking innocent citizens for political purpose or attacking INEC assets and personnel, or any other critical infrastructure in the country, such persons and those orchestrating them stand the risk of being brought to justice for the specific crime associated with their conducts regardless of their political affiliation, status, or ambitions.

11. It is therefore important that this meeting should appreciate two critical things, First, a peaceful order remains paramount to the attainment of the political ambitions and interests of all political actors and their parties. They therefore owe it as a sacred obligation to themselves, their political parties, and the nation to alter their mindsets and commit to providing a leadership for their followers in the manner that will project peace and discourage violence, if indeed they are true democrats.

12. Secondly, we should acknowledge the fact that political violence in any form, shape or manifestation is both an offence under the electoral act and a crime under extant criminal laws of the country. Beyond its impact on the political process it also has a major consequence on our national security. Consequently, the Nigeria Police Force and all other national security agencies in fulfilment of their statutory obligations to the nation, remain duty bound to initiate enforcement actions that will restore order within the political and national security systems.

13. Henceforth, therefore, we shall put machineries in motion that will in the most proactive manner identify, isolate, apprehend, and bring any political actor and the foot-soldiers they might be motivating to engage in violence at political rallies or any other political engagement to deserved justice. We have also resolved to emplace firm actions that will deter targeted attacks on INEC assets across the country. More than a stern warning, this is a clarion call for us all, both as security agencies and political actors to speak out with one voice in condemning political violence in overriding national security and democratic interests.

14. On our part, and as an outcome of the ICEES meeting, the Nigeria Police Force working in collaboration with other security agencies have resolved to; Enhance intelligence gathering, sharing and utilisation of same to stem acts of political violence; Upscale the deployment of security teams to all INEC assets and facilities nationwide with teams drawn from the Police, Nigeria Army, Department of State Services (DSS), Nigeria Civil and Security Defence Corps (NSCDC) and the Federal Fire Service; Take decisive lawful action against purveyors of hate speech, incitement to violence, mobilisation of thugs and other violations including the prompt arrest, investigation, and prosecution of offenders in line with the provisions of Sections 92 and 93 of the Electoral Act 2022 as amended. Those already arrested will face prosecution.

15. Despite all these initiatives, it is recognised that the leadership of each political party is critical in eradicating the menace of political intolerance, threat, violence and other negative tendencies in our democratic culture. This is because they are the strategic gatekeepers to our democracy whose conducts or misconducts do have a reverberating effect on the actions of their followers as well as on the national political space.

16. It is for this reason that I wish to appeal to the leadership of all political parties here seated to be determined to show the right leadership virtues and publicly dissociate themselves from acts of political brigandage and violence as this is the only way we can reassure our citizens and the international community of our nation’s commitment to a peaceful 2023 General Elections.

17. I wish to similarly appeal to the Independent National Electoral Commission to, in cognisance of their critical regulatory, enforcement and supervisory roles as enshrined in the Electoral Act 2022, assert their statutory powers, and scale up their compliance actions towards complementing the Nigeria Police and other law enforcement agencies in checkmating the threats being poised to our democratic order by actors within the political system.

18. This requires that INEC should take decisive actions against candidates and parties that violate the Electoral Act in the areas of conduct of political parties, candidates, and other actors in relation to hate speeches; campaign fundings regulations; encouraging, supporting, or inciting violence; and depriving political opponents of basic electoral rights guaranteed under the Act.

19. On this note, I welcome you all to this meeting and look forward to an outcome that will address, in the most sustainable manner, the identified negative tendencies that are threatening our democratic process.

20. I, once again, thank you all for your attendance.