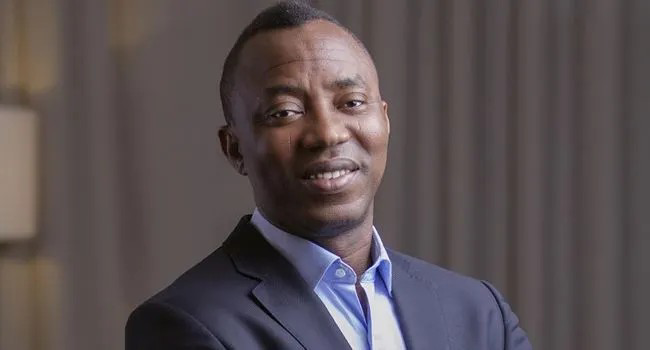 He stated this at a symposium on the subject of “Nigeria: Adopting Sustainability for Economic Prosperity” held by the Institute of Chartered Accountants of Nigeria on Wednesday in Abuja.

Sowore said, “The budget President Buhari presented to the National Assembly is illegal. It runs foul of Section 12 (1) of the Fiscal Responsibility Act, 2007 which puts the deficit to GDP ratio at less than three percent. What President Muhammadu Buhari presented was about five percent.”

He also shaded Bola Tinubu, the presidential candidate of the ruling All Progressives Congress (APC) over his non-appearance at events amidst reports of ill-health.

“Those of you who made a bet that a certain presidential candidate would not show up today, clap for yourself, you won.

“The candidate that didn’t show up is supposed to be an accounting guru from the Chicago State University, but he refused to show up at the most important Accountants’ event in Nigeria today. Don’t forget, as I’ve said, I’ll not talk about other candidates, but the country, Nigeria and the future of Nigeria cannot also continue to expect unsustainable candidates in 2023,” he said.