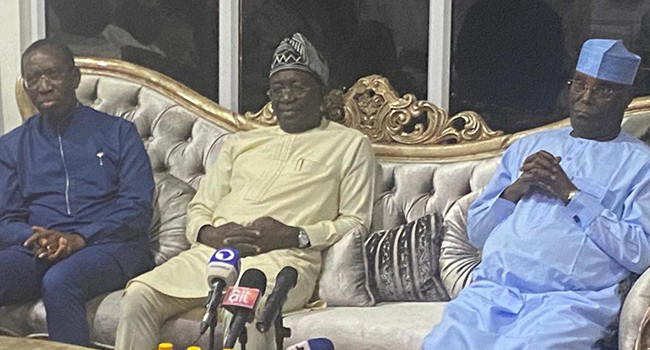 The meeting is part of efforts to reconcile aggrieved party members ahead of the 2023 general elections.

PDP chieftains such as Nyesom Wike are believed to be unhappy about recent developments in the party.

Mr Wike lost the party’s presidential ticket to Mr Atiku and was also passed over for the Vice Presidency candidate slot.

Another eminent PDP stakeholder, Governor Samuel Ortom of Benue State, has questioned the way Mr Wike has been treated, saying he should have been properly consulted on the decision of Okowa as the party’s Vice Presidential candidate.

However, Mr Atiku has vowed to reunite the party ahead of the elections.