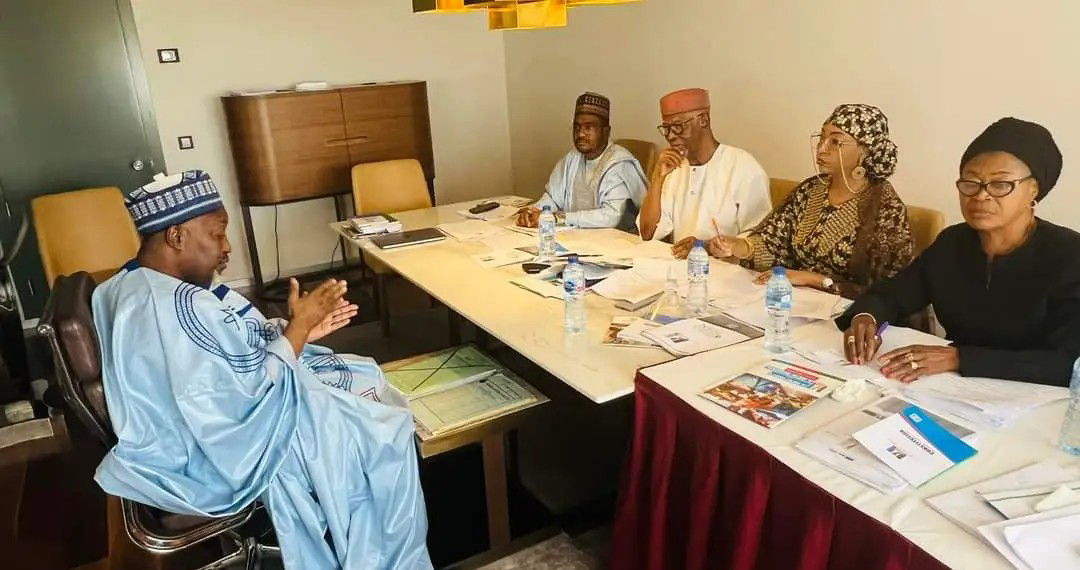 The All Progressives Congress (APC) has commenced a two-day screening program for presidential aspirants ahead of its June 6 -8, 2022 special convention to elect the party’s flag-bearer.

The screening which is taking place at the Hilton Transcorp Hotel in Abuja, according to sources is being done by a committee headed by John Odigie-Oyegun, former national chairman of the party.

The source said all the presidential aspirants have undergone a vetting exercise by the legal department of the party before the screening.

However, journalists were barred from accessing the venue of the screening exercise which is taking place in an unknown hall on the 5th floor of the Hotel.

It has been observed that former president Goodluck Jonathan’s name is not on the list of presidential aspirants even though a coalition of Fulani-Almajir obtained the forms for him.

There have been specualations that the power brokers in the APC were clearing way for Jonathan to emerge as the party’s consesus presidential candidate.

But, Salihu Lukman, APC national vice chairman north-west said as far as the leadership of the party is concerned, the former president was not even under consideration as presidential candidate of the party.

Lukman told journalists that Jonathan was not qualified to be the presidential candidate of APC.

He said: “There are clear guidelines in terms of how individual members of the party qualified to emerge as the candidate of the party. One, through the sale of nomination forms. Assuming Jonathan claimed to be a member of the party, he has not bought the forms to the best of our knowledge. How do you come from the back door?

“Secondly, as far as our memory can recall, the party became popular on the basis of the campaign against the bad governance of Jonathan and nothing has changed that we can now say has qualified him to emerge as the arrowhead of our campaign in 2023.

“As far as I am concerned, these two reasons disqualified Jonathan from even aspiring to become the candidate of the party. I don’t know where he is coming from. Unfortunately, in this country, where there is the mentality that everything is possible, but it must be clearly stated that as far as the leadership of the party is concerned, the person of Jonathan can’t be under consideration.”

At the time of this report, BusinessDay learnt that only Nwajiuba and Borofice have been screened.