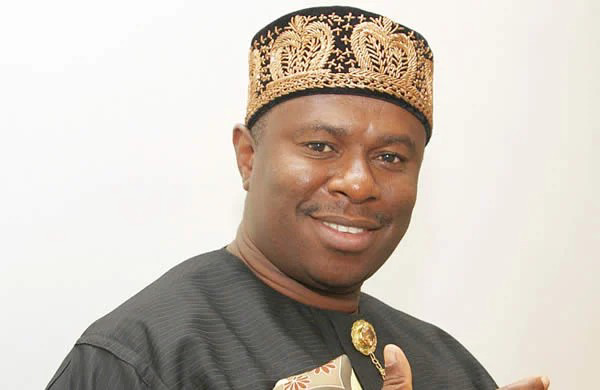 All Progressives Congress governor aspirant in Rivers State, Dakuku Peterside, has expressed confidence that Minister of Transportation and ex-Rivers governor, Rotimi Amaechi, will win the 2023 presidential election for the ruling party.

This is as he said that the APC is unstoppable in winning the governorship in Rivers, adding the party will displace the Peoples Democratic Party and Governor Nyesom Wike’s anointed candidate next year.

Peterside, a former Director-General, Nigerian Maritime Administration and Safety Agency, made this known on Saturday, at the party’s Special Thanksgiving Service held at the Adokiye Amiesimaka Stadium in Port Harcourt, the Rivers State capital.

According to a statement by his media team, Peterside commended Amaechi for “heeding the call of Nigerians to run for president”.

In the statement titled, ‘APC will win Rivers in 2023, declares Dakuku Peterside’, the Rivers governorship aspirant described Amaechi as the “most fitting, competent, and pan-Nigerian” for the top seat in Aso Villa.

“I commend Chibuike Rotimi Amaechi for taking this critical decision to serve Nigerians in the highest office in the land. Heeding the call of Nigerians to succeed President Muhammadu Buhari is a call to courage, commitment and continuation of the current Administration’s determination to develop the nation. I am convinced this Amaechi Project is Nigerians’ Project,” Peterside stated.

“The agitation is everywhere across the state for freedom from the current Administration of Governor Nyesom Wike, which is the lowest for the state since its creation on May 27, 1967. Every Rivers citizen, including civil servants, traders, craftsmen, students and our statesmen, are tired of Wike and PDP and are in unison to see their end. APC in the state is ready to mobilise them, going forward, to serve this wicked government the red card it well deserves,” the APC aspirant added.