2023: Amaecchi Asks His Supporters To Vote For Tinubu, APC 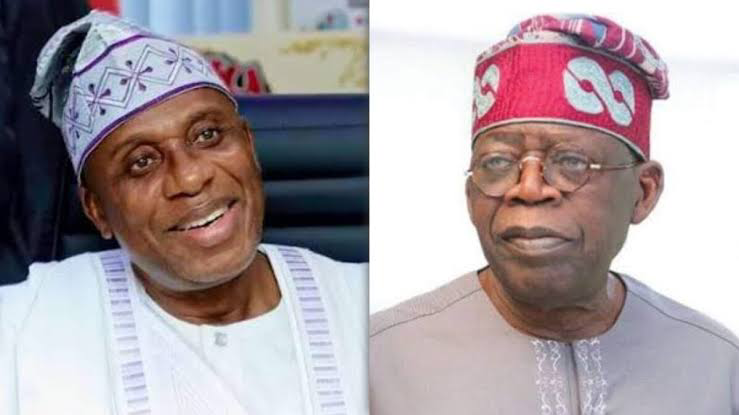 Former Minister of Transportation, Rotimi Amaechi has appealed to his supporters not to be angry but cast their votes for the All progressives Congress (APC) and its Presidential candidate, Asiwaju Bola Ahmed Tinubu in the 2023 elections.

Amaechi had emerged second runner up at the party’s Presidential primaries in Abuja, on June 7, losing out to Tinubu.

Addressing his supporters in Port Harcourt, the Rivers State capital today, July 2, Amaechi asked them not to be discouraged by the outcome of the presidential primaries but to go all out and ensure the party emerges victorious at the polls.

He told thousands of his supporters who came to welcome him and followed him from the Port Harcourt International Airport, Omagwa, to the APC state secretariat in Port Harcourt, Amaechi said that no matter their feelings about the outcome of the primaries, APC is the party they must vote for.“Please, in the contest for the presidency, we should know that we must go and vote for our party, no matter how angry you are, they have chosen, let’s go and vote for our party.

“For the stories you hear about the people who are gossiping how they are having meetings in France, let this be your own France. Vote for your party, don’t be afraid, just go home and do your work.

He assured them that rigging of elections has been reduced to the barest minimum and their votes will definitely count.

“If you check in INEC, they are no longer announcing ward results, they are announcing unit results. So let go home and win our units and bring our units home.

“Those days of meeting, writing results have all gone, we must praise INEC, praise the National Assembly for reducing the level of rigging, where people write results and INEC will just announce, now it is almost gone.”.

The state APC governorship candidate, Tonye Cole, said that the APC will surely win the 2023 polls at the state and federal