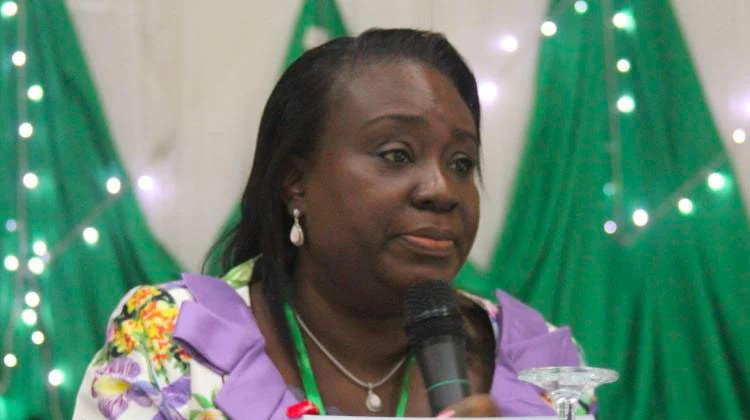 The Federal Government has issued a circular for the appointment of a new and substantive Accountant-General of the Federation, The PUNCH has learnt.

The position, according to the circular obtained by The PUNCH, is for those who have attained the position of substantive director on Level 17 salary grade level on or before 1st January 2020.

Sources at the Ministry of Finance said permanent secretaries had submitted several lists of eligible directors, (accountants) for consideration for the post.

It was further learnt that eligible directors in the pool of the AGF were jostling to make the list.

An unconfirmed source privy to the development said no fewer than 20 directors have also submitted applications for the top job.

However, The PUNCH could not confirm this as the spokesman for the Accountant-General of the Federation, Henshaw Ogubuike, neither answered his calls nor replied to a message sent to him.

It was further learnt that eligible directors in the pool of the AGF were jostling to make the list.

An unconfirmed source privy to the development said no fewer than 20 directors have also submitted applications for the top job.

However, The PUNCH could not confirm this as the spokesman for the Accountant-General of the Federation, Henshaw Ogubuike, neither answered his calls nor replied to a message sent to him.

Osisioma said, “It is still a matter for the court. We have our investigative panel and a tribunal. Once a matter is in court, everybody stays away. But after then, we will work on it.  We will do what needs to be done no matter whose ox is gored. EFCC is investigating it. After the EFCC, we will take action.

“We will have an investigative panel and find out what he did and how he did it. If it requires suspending or withdrawing his membership as an accountant, we will do it.”

Reports in the public domain have associated the removal of Mr Chukwunyere Anaekwe , who replaced Idris, with alleged corruption.

A source in the Ministry of Finance alleged that Anamekwe was linked to the N80bn alleged fraud, and the Minister of Finance did not want the EFCC investigations compromised. The source urged the EFCC to expand its investigative net as many people in and outside the ministry were involved in the N80bn fraud.

But a contractor who has worked in the Ministry of Finance said there was an attempt to cover up the N80bn fraud, saying that some “vested interests” believed Amamekwe would expose them.

“It is about vested interests. Some people believe that Anamekwe will expose them and decided to level an allegation against him so that he will leave the stage. It is something we have seen happen in several government MDAs, so it is not new. I am not saying that he is clean, but based on what I have heard, some people do not want him.”

The spokesman for the Accountant-General of the Federation, Ogubuike, neither answered his calls nor replied to a message sent to him to confirm whether the real reason for the removal.

Economists told The PUNCH that the removal of the AGFs has cast a bad shadow on Nigeria’s investment image.

A professor of Economics at Nnamdi Azikiwe University, Uche Nwogwugwu, said the situation shows that the civil service is infested with corruption.

“The system is infested with hierarchical corruption. If you put anyone there under pressure, you will see they are not clean,” he said, stressing the need to clean the system in order to change investors’ perception about Nigeria.

A former Central Bank of Nigeria Assistant Director and Professor of Economics, Jonathan Aremu, said the country needed total cleansing to save the country from collapse.

“Everybody knows that Nigeria is not in good shape. If the management of money and treasury is this corrupt, and people are dying and there are no drugs in the hospitals and lecturers are still on strike, then we are in trouble.

“The questions are, who put all these people there? How did they get there? It is a shame on the economy. The implication is very bad on the economy. What will make Nigeria attractive are the image and the climate, but they are not there.”

The Chief Executive Officer, Centre for the Promotion of Private Enterprise, Dr Muda Yusuf, said the development was damaging for Nigeria’s image but positive for corruption fight.

“I think what is happening is just validating the perception people have of many of our government institutions. What is disturbing is that the accountant-general is supposed to be the conscience as it were or the heart beat. So, if we are getting this kind of scandal, it is an indication of how bad things have gotten in our entire fiscal operations.”

He said it would not be surprising if this was in many of Nigeria’s other institutions.

“It is positive that one by one, we are getting them and some cleansing is taking place. You know the way it happens in the public sector, as corruption usually affects many people. The deeper they did, the more people will come into the net.

“If there are institutions they are not having complaints, maybe there is an inclusive corruption or democratisation of corruption. It is a system-wide problem,” he noted.

Meanwhile, the former acting AGF, Chukwuyere Anamekwe, was not sacked but transferred to the office of the Federal Civil Service Commission, where he is currently the Director of Audit; The PUNCH has learnt.

A top Presidency source confirmed this to our correspondent late Monday following reports that the acting AGF had been replaced by Sylva Okolieaboh, a director at the Treasury Single Account department.

According to the source, Anamekwe, would be “serving his balance of days” remaining in civil service until his official retirement in October.

It was also revealed that the sudden transfer was a result of “controversies” surrounding his recent appointment as acting AGF.

In May, 2022, Anamekwe was appointed amid a probe into allegations of N80bn fraud linked to the former accountant-general of the federation, Ahmed Idris.

“The indication is that the man would possibly be just serving out the balance of days left before his retirement, which is in October. He possibly will just maybe apply for preternal leave. But that’s how it is.

“And the transfer was on account of the controversies that surrounded his appointment as Acting Accountant-General of the Federation. That’s the language used: ‘controversies around the issue.’